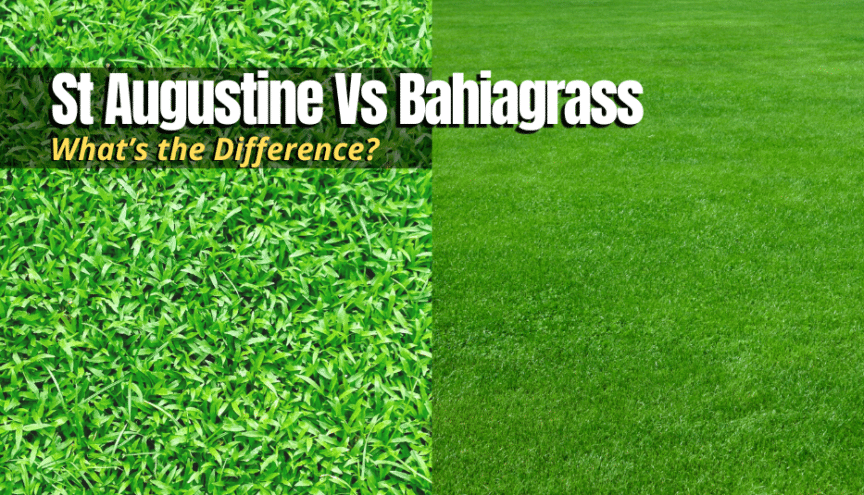 It’s tricky to grow a nice lawn on sandy soil, especially when it also comes with part shade. For that reason, St Augustine has been a long-time favorite of the southern US. But newcomer Bahia can handle both conditions while also being low maintenance. Which is better for your lawn? Read on to find out.

What is St. Augustine Grass And Bahiagrass?

Even if you know nothing about grass species, if you live in Florida, then you know St Augustine. It’s widely used in the coastal subtropical region because it can handle the extreme heat, sandy soil, humidity, and salt. Outside of that region, it’s frequently used to handle part shade.

Those advantages come with a lot of drawbacks. Its rough texture doesn’t feel nice underfoot. It’s vulnerable to cold, insects, and disease – and even has its own disease, St Augustine Decline (SAD). Unless you get a lot of rain, you’ll need to water it weekly as it requires twice as much water as Bermuda and has no drought resistance. It also needs a lot of fertilizer, which racks up maintenance expenses. St Augustine is a demanding grass that doesn’t give much back.

If you live in South Africa and Australia, you will know this grass as Buffalo Grass or Buffalo Turf, not to be confused with the native North American Buffalo Grass (Buchloe dactyloides).

To learn more, check out our complete guide to St Augustine. 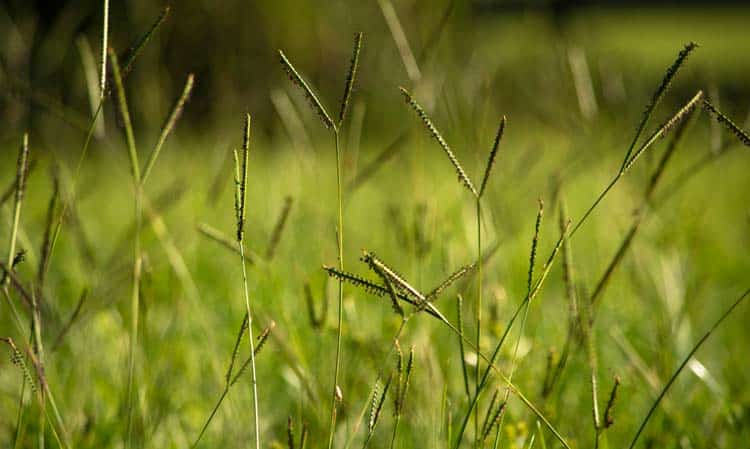 While much less popular as a turfgrass, Bahia has many of the same advantages as St Augustine – it thrives in part shade, nutrient-poor soil, heat, and humidity – with a lot less maintenance. It’s very easy to grow and requires very little nitrogen and fertilizer. The most care you’ll spend on this lawn is mowing.

The tradeoff is that Bahiagrass creates a good looking lawn but can never compete in attractiveness with Bermuda and Zoysia. It grows more sparsely and coarsely than Bermuda, although the Argentine variety grows a more traditional-looking lawn than the Pensacola. During the high heat of summer, Bahia pops up Y-shaped seed heads every 12 to 14 days that many people find unattractive (Argentine has smaller and fewer seed heads). To keep the seed heads at bay, you’ll need to mow more frequently.

If you need more stress resilience and cold tolerance, then take a look at the other main Bahia turfgrass variety, Pensacola. Pensacola can endure colder temperatures than Argentine and thus stays greener longer into the winter. Even though it grows more sparsely than Argentine, it still makes a decent lawn.

The other reason people dismiss Bahia is that it’s sensitive to herbicides. You cannot use herbicides or weed-and-feeds on this grass. If you’re going the organic route, this doesn’t matter. Weeding is always best done by growing a thick, healthy lawn, hand-pulling, or spot treatments with herbicides.

To learn more, check out our complete guide to Bahiagrass.

Which Is Better: St Augustine Or Bahia?

Neither St Augustine nor Bahia are going to win awards for their attractiveness and you’re not going to want to walk across either in your barefoot. If you’re looking for a stunning and soft grass species, check out Zoysia. But both will still grow a lawn that looks suitably good.

When growing sparsely, St Augustine’s stolons will stick out like a sore thumb.

Bahia grows more sparsely than many other turfgrasses and some people take exception to its distinctive Y-shaped seed heads that pop up frequently during the summer heat. Argentine is the more traditionally attractive variety as it grows into a denser sod with a darker color and fewer, smaller seeds. Its seeds are biologically identical to the maternal plant, so Argentine lawns look more uniform.

Pensacola trades off bigger seed heads and sparser growth for better drought, stress, heat, and cold resilience. It has a longer growing season than Argentine, so it turns green earlier in the year and stays green longer. Its seeds are not biologically identical, so a Pensacola lawn looks less uniform, but greater genetic diversity adds to diversity.

You can mow both as low as 2 inches. If you don’t like the Y-shaped seed heads, then you’ll need to mow Bahia weekly during the heat of summer to keep the grass from going to seed. 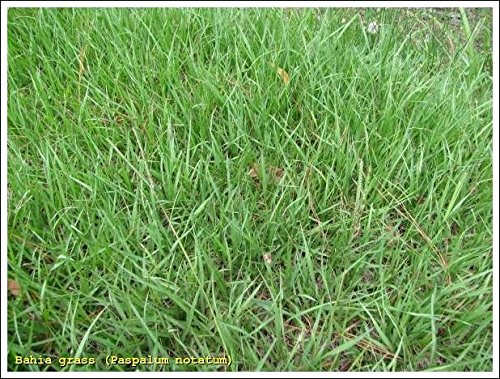 You can start a Bahia lawn from seed, although it takes longer than other commercially available seed. If you want a faster start, you can also use sod. Most Bahia sod is harvested from pastures, which can introduce new weeds into your lawn, and since it doesn’t grow uniformly like other sod turfgrasses, the sod will fall apart as you install it. Just push the broken pieces into place and it’ll recover well. Because Bahia grows sparsely, you may want to overseed to encourage thicker growth.

Both St Augustine and Bahia get established at the same medium pace. Both are best started in the late spring or summer when temperatures are high.

Both St Augustine and Bahia can grow well in sandy and acidic soils, although Bahia can do just as well in other types of soil so long as it’s not alkaline. Since St Augustine prefers sandy soil, it will not like clay. It will do okay in loam soils.

Both St Augustine and Bahia are warm-season grasses suited to USDA Zones 9 and 10, although you can grow Bahia in Zone 8 as well. St Augustine cannot handle cold at all and should be avoided outside of subtropical areas, especially as more regions experience unexpected cold snaps. While the Argentine variety is also susceptible to cold damage, Pensacola has greater cold resistance.

They also both prefer full sun but can tolerate part shade with at least 4 hours of sun.

Pests and diseases are one area where St Augustine and Bahiagrass vary wildly. St Augustine has very low resistance to insects and disease, and is susceptible to many diseases that don’t have effective controls. These diseases include St Augustine Decline, Take-All Root Rot, Brown Patch, Gray Leaf Spot, and Lethal Viral Necrosis. You may spend a lot of time and money trying to treat your lawn only to lose it anyway.

Bahia has a high resistance to insects and disease. So long as your grass is healthy, you won’t have to worry about either. 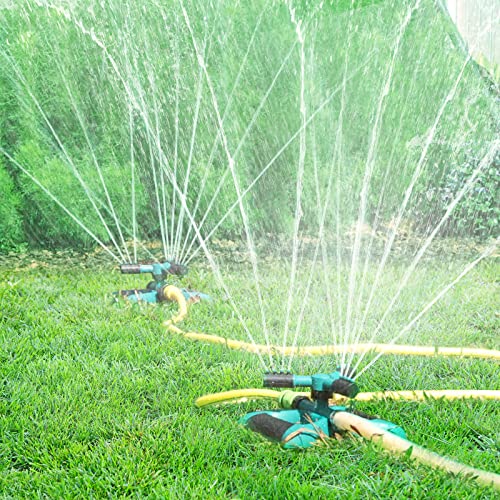 Another area where St Augustine and Bahia differ is with watering. St Augustine requires a lot of water on a weekly basis (even more than Bermuda grass) and has very low drought tolerance. Sandy soil heightens this need as water drains away quickly. If you have a lot of regular rain, then this isn’t a concern. Even if you have an irrigation system, that water bill adds up quickly.

Bahia needs very little water per week and has great drought tolerance. Again, Pensacola is great if you’re particularly worried about a lack of rainfall or droughts as it has higher resistance.

Maintaining a healthy lawn that grows thickly is the best defense against weeds. A healthy St Augustine lawn will grow thickly enough on its own, but Bahia’s sparser growth makes it more vulnerable to weeds (Argentine having the advantage over Pensacola with its thicker growth).

Both St Augustine and Bahia are sensitive to herbicides. Do not use 2,4-D herbicides on a St Augustine lawn. Bahia cannot handle any herbicides. Hand pulling is the best control. If you must use herbicides, use them as spot treatments only to avoid contaminating your grass. 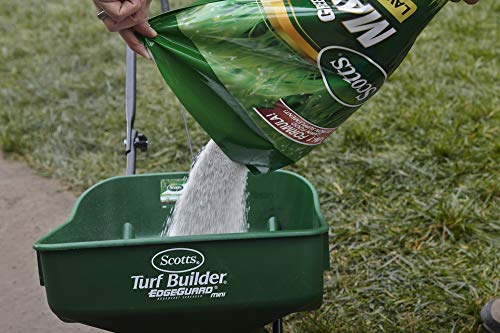 Both benefit from a warm-season fertilizer schedule, with the two main fertilizer applications in late spring and summer when the grass is growing vigorously. Since Bahia needs such little nitrogen, it’s a great candidate for using compost instead. Compost has all the nutrients your lawn needs that release small amounts over months and it’s better for the soil too. St Augustine will need regular top-ups of fertilizer or compost tea in between the two applications.

St Augustine is particularly prone to thatch as it grows only through stolons. Since stolons take so long to break down, they build up and form a mat. Using synthetic nitrogen rather than compost makes this worse, as it destroys the beneficial microbes that would otherwise be decomposing the stolons, and it encourages grass to grow faster, making more stolons. You may need to dethatch annually.

Since Bahia grows via rhizomes, doesn’t have stolons, and uses low amounts of fertilizer, you won’t have the same problems.

How Can I Tell If I Have A St Augustine Or Bahia Lawn?

Can You Mix Bahia and St Augustine Grass?

Bahia and St Augustine are not a good match. They look pretty different which means you won’t have a uniform-looking lawn. If irrigated or getting enough rain, St Augustine will choke out Bahia. If there’s an unextended dry spell and the lawn isn’t irrigated, then St Augustine will die while Bahia will bounce back. It’s better to just pick one.

Despite all the advantages of a low maintenance grass, many people don’t like Bahia grass because it grows more sparsely than other warm-season grasses and they think that Bahia’s distinctive Y-shaped seed heads are unattractive. To keep Bahia from producing them, you need to mow often. If you don’t mind the look, then it’s not a problem. The Argentine variety has fewer and smaller seed heads that grow closer to the grass level. It also grows thicker sod. Researching specific cultivars can also make a world of difference in how your lawn will look.