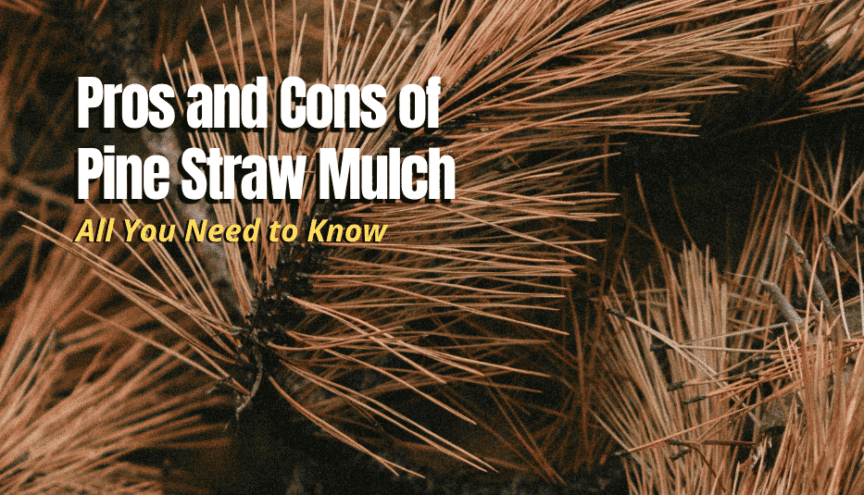 Pine straw mulch can be a great alternative to traditional mulches, depending on where you live. However, there are downsides to using it, just like any other mulch. So what are pine straw mulch’s pros and cons?

Pine straw mulch works great for plants during the winter, or those that like a little extra acid in their soil. However, for plants that have specific pH needs or are young and too soft to push past needles, another option might be necessary.

Keep reading to learn more about the benefits and downsides of using straw mulch in your garden to see if it might be the best option for you.

What is Pine Straw Mulch?

As the name suggests, pine straw mulch is the needles that fall off of pine trees. If you are in an area with a lot of pine trees, it is a cheap, natural way to provide mulch to your plants.

Even if you don’t have enough in your area for your garden, or you don’t have live in an area that has a lot of pines, you can buy pine needles in large bales for relatively cheap.

When you use them, you want to layer them anywhere between 1 to 6 inches, depending on the soil.

Pine trees are constantly dropping pine needles, all year round, and in large amounts. Nothing has to be cut down or killed to farm it. Also, raking up pine needles often reduces fire dangers, so it helps in preventing fires as well.

Compared to other mulches, especially traditional bark mulches, pine straw is lightweight. Being lightweight means not only that your plants aren’t smothered and a pocket of air can be created, but it also spread out much further.

This may not seem like a lot, but since most mulch can cover about 1.5 square feet per pound while traditional mulch wood can cover only about half a square foot per pound you have to buy less, and lug around much less weight than you would normally.

Compared to wood mulch, even if you purchase it at the store, you can save at least ten cents per square foot. Many people have found that their dollar can stretch nearly 4 times further than traditional wood mulch.

If you put pine needles on your plants in the fall, they can act as an insulator against cold winter freezes. They act as a sort of greenhouse and protect the soil from freezing. 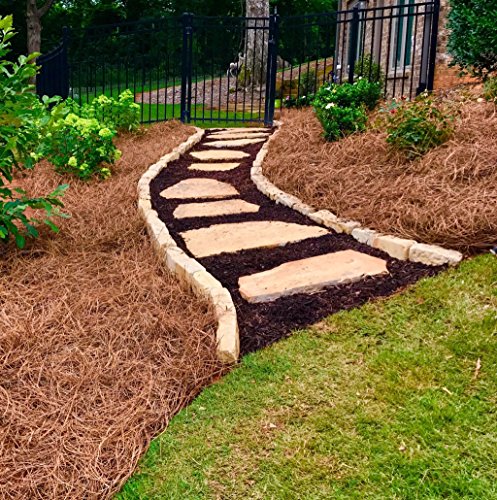 Though small plants you are trying to grow might struggle to push past a dense layer of needles, unfortunately, weeds generally don’t have the same problem. Piling it on thick can reduce even weeds getting through, but it can create a too moist area that caters to unwanted pests.

This can be a pro or a con, depending on what you are using the pine needle mulch on. It is very acidic, which can be harmful to some plants. However, plants such as hydrangeas, rhododendrons, and camellias benefit from the acid levels that pine needs add to the soil.

Once winter is finished, it is best to remove pine needles and replace them with something softer and more pliable so that new shoots can grow and push up into the sunlight more easily. Otherwise, they may struggle to get past the inflexible needles.

– Not good in windy areas

Due to it being lightweight, in open, windy areas, pine straw is liable to easily blow away in the wind, at least initially. As it gets wet and settles into the ground, it does tend to stay in place. However, then first adding pine straw mulch to your garden, you may find a lot of messes to clean up.

If you live in an area known for dry seasons and fires, pine mulch shouldn’t be used near your home. Most professionals recommend keeping gardens that use pine mulch at least thirty feet from your home. This is because it is one of the most flammable mulches commonly available, second only to rubber mulch.

Is Pine Straw Good to Use in A Vegetable Garden?

Yes, pine straw is a good mulch for flower, tree, and vegetable gardens.

Is Pine Straw Good Around Trees?

Yes, pine straw works great around trees, but you need to give the truck some space to prevent decay.

How Long Does Pine Straw Last?

Is Pine Straw Toxic to Dogs?

It can be dangerous for dogs if they are likely to chew on the needles or eat them in large quantities. However, due to their sharp nature, that is pretty uncommon.

Both have their pros and cons that may make one more preferable to a gardener than another.

No. Pine straw can be much less expensive than wood mulch, even being free depending on where you live.

Read our related articles about mulch:

If you are looking for an alternative to traditional mulches, it might be worth looking into pine straw mulch. It is lightweight, cheap, and sustainable, which makes it a great option for any kind of gardener.

However, always carefully research your plants before deciding on a mulch, as some plants may be more sensitive than others and pine straw mulch provides a lot of acid and dense covering that may not work for some.