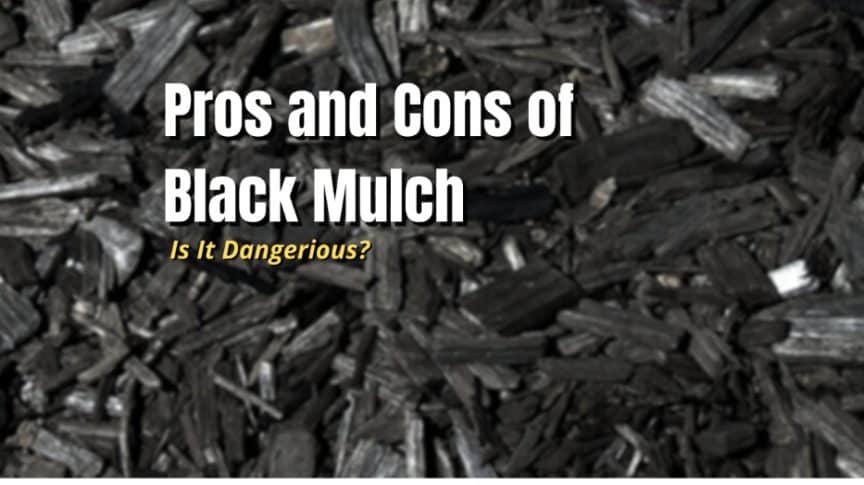 Mulch can save you a lot of time, effort, and money in the long run, as it’ll keep weeds at bay and moisture in the soil, especially when it’s hot and dry. But should you use black mulch? And what is black mulch, anyway?

What is Black Mulch?

Although it’s mainly used to refer to dyed bark mulch, black mulch can refer to bark mulch, plastic mulch (landscape fabric), or rubber mulch. They’re all used to suppress weeds and to keep moisture from evaporating, although black wood mulch looks nicer in a yard or garden.

Black plastic mulch is made from geotextiles (AKA polypropylene) and can last several seasons. It can kill weeds by shading them and heating the soil hot enough that it kills any existing weeds underneath. It can also prevent weeds from germinating. The drawbacks are that once soil builds on top, weeds can sprout in that soil, and it’s not recyclable or biodegradable, although manufacturers are starting to offer biodegradable plastic mulches at a higher price.

Rubber mulch is made from recycled, shredded tires. It’s supposed to be nontoxic and safe for garden use, but it contains several toxic contaminants [PDF] that are harmful to the environment, humans, and pets. It is also highly flammable and difficult to extinguish. And insult to injury, they’re not even as good as other mulches in suppressing weeds.

The Pros of Black Bark Mulch

The Cons of Black Bark Mulch 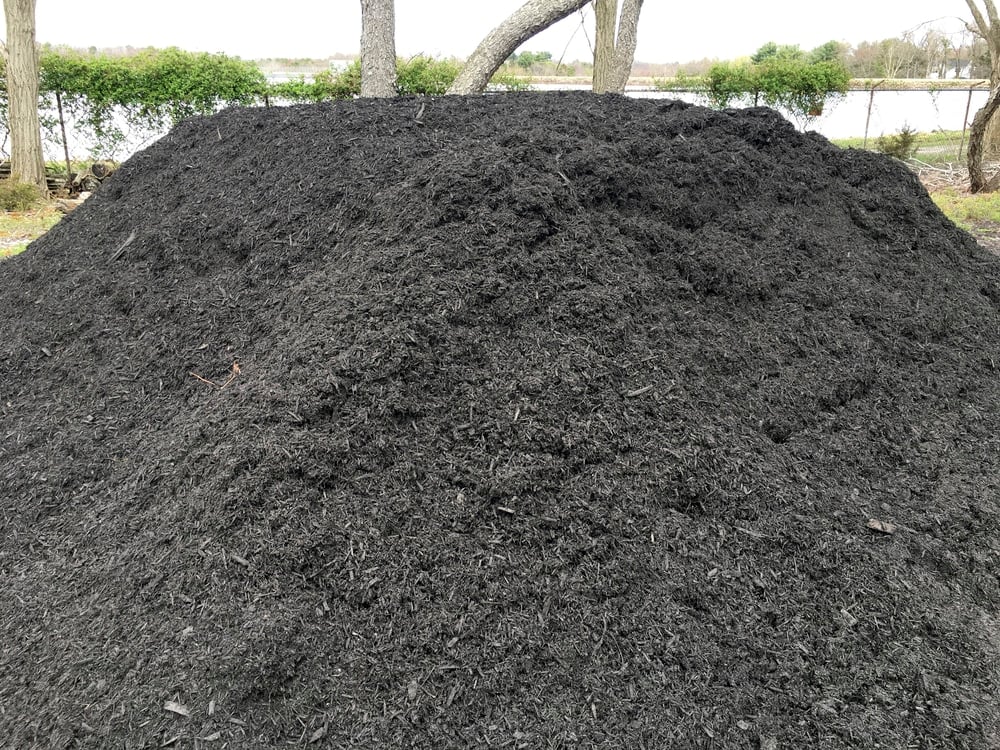 Is Black Mulch Safe for Dogs?

Black bulk mulch that contains CCA or other toxic chemicals are bad news for dogs. But whether MSC-approved mulches are safe for dogs depends on the dog. They may be allergic to the wood, choke on it, or eat it, causing vomiting.

Some dogs won’t chew on mulch at all. Others will constantly chew on it. They may chew on mulch out of boredom, a lack of nutrients in their diet, or just because they like to chew and don’t see a difference between your black mulch and a nice stick.

When in doubt, go for an untreated pine or cedar mulch or a black plastic mulch-like landscape fabric.

Do NOT use cocoa bean mulch (this is extremely toxic for dogs and cats, for the same reason dogs can’t eat chocolate) or rubber mulch (besides toxic chemicals, it’s a choking hazard).

Is Black Mulch Safe for Your Vegetable Garden?

Black bark and rubber mulches are not safe for your vegetable garden, but black plastic mulch is.

If you don’t know what chemicals are in the black bark mulch, then keep it far away from anything you’d eat. The same goes for rubber mulches. You don’t want your vegetables drawing up any toxic chemicals, and the toxic chemicals may stunt plant growth to begin with.

However, food-grade black plastic mulch is fine to use in your vegetable garden. Organic, regenerative farmers use it to suppress weeds around their longer-growing crops, like tomatoes, cucumbers, and squash.

Can Black Mulch Cause a Fire?

Black bark mulch is not more or less likely to cause a fire than other types of wood mulch. Wood mulch can ignite when the conditions are just right. A scorching hot day, deep wood piles with lots of microbial activity, and dry wood on top. Sun glinting off broken glass, a cigarette, or fire pit can also cause fires.

The Massachusetts Gov website has a handy PDF on how to prevent mulch fires.

Black plastic mulch, being made from propylene, won’t start a fire, and if it did, the plastic would melt and the fire would go out quickly.