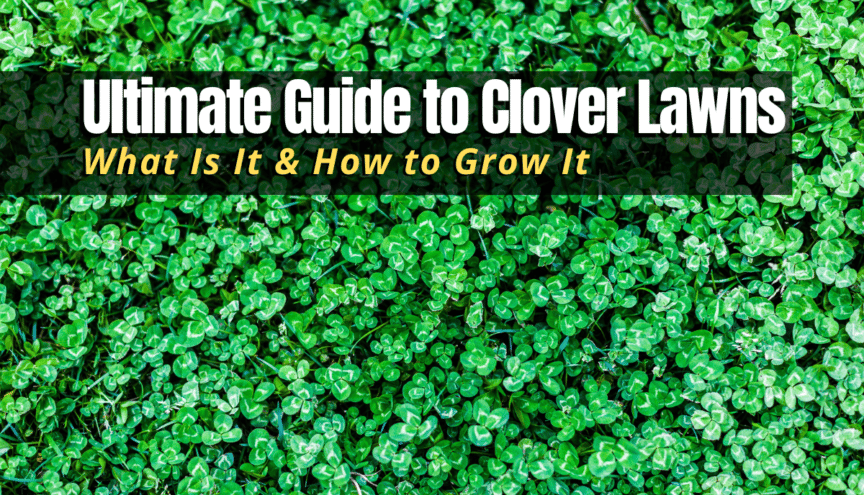 Grass lawns are notorious for guzzling up synthetic fertilizer, chemical pesticides and herbicides, water, and homeowners’ precious weekends and money. While some grass species are more environmentally friendly and low maintenance than others, more homeowners are looking to Clover and Micro Clover as a lawn amendment or substitute that requires no chemical inputs while also providing nitrogen to the soil and food for pollinators. Is Clover right for your lawn?

What Is Clover (Trifolium spp.)?

You’re probably already familiar with this shamrock-shaped plant, whether because of its use in fairy tales or because you’ve cursed it while yanking it out of your grass lawn. But as homeowners are searching for a low-maintenance option where they can ditch harsh chemicals, Clover is becoming a popular lawn alternative.

Clover has many benefits over grass:

However, Clover is not a miracle plant. It suffers during extended periods of high heat, and it needs more water to make it through. It grows fast and will spread into areas you don’t want it, like garden beds. And while it’s soft and fun for kids to play on, Clover stains clothes more easily than grass.

Not ready to give up grass? You can overseed your existing lawn with Clover. The Clover will grow in between and fix nitrogen to lower fertilizer requirements. You can also find eco-friendly lawn alternative blends that combine low maintenance grasses with Clover.

Pros and Cons of Clover 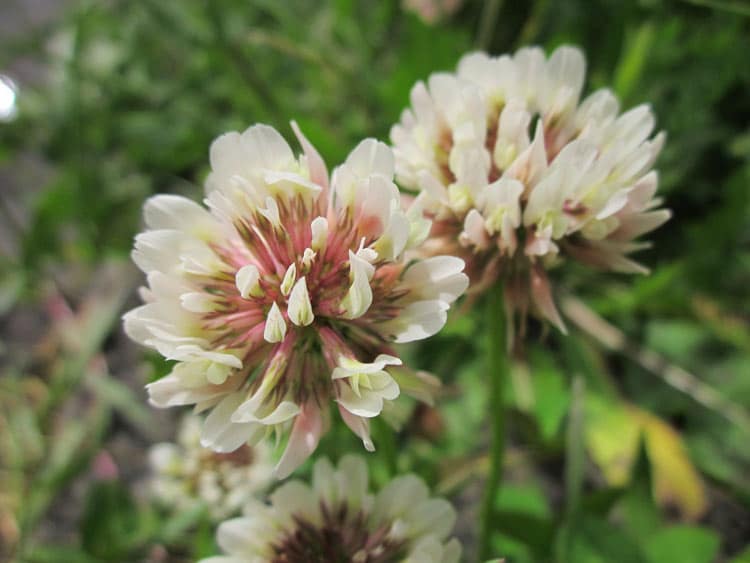 Dutch White Clover is the most popular Clover to use as a lawn alternative, and in fact, you may find it already growing in your lawn. It produces white flowers throughout the summer, providing a lot of food for pollinators. Bees especially love White Clover. You will need to reseed every two to three years, but seed is inexpensive. 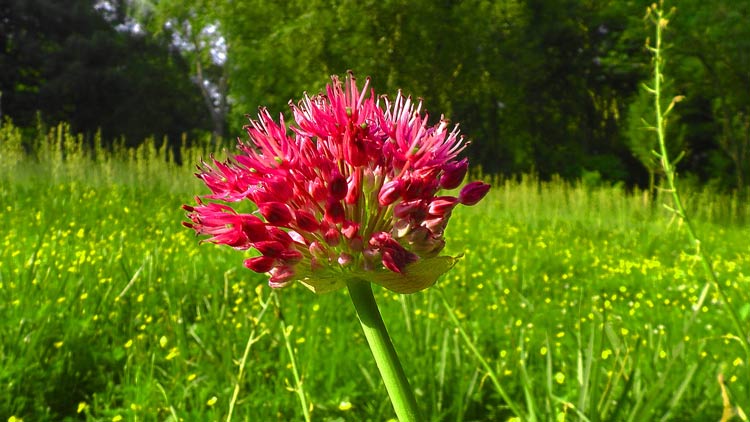 Red Clover grows taller than Dutch White Clover, so unless you mow often, it’s not a great substitute for a grass lawn. It produces purple flowers. 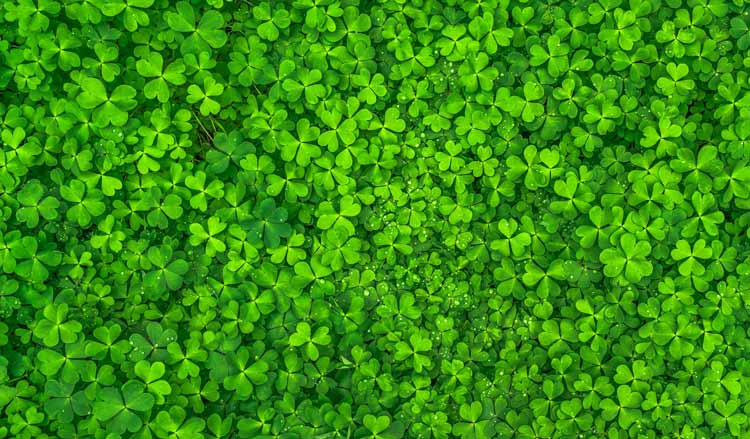 How To Grow A Clover Lawn

Follow the seeding rate recommended by your seed provider (if it is too dense the clover may grow over one another in a race for who can catch the sunlight), either by scattering by hand or using a broadcast spreader that can handle Clover’s tiny seeds. Keep the seeds moist while germinating. Once they get established, start reducing the frequency of watering. Once established, Clover has more drought resistance.

Seed can come raw or pelleted. Raw seed is just seed. Pelleted seed is when the seed is combined with a clay coating to make the seed bigger and easier to see on the soil.

White Clover is a perennial but it lives only two to three years. If you allow your Clover to go to seed, it can reseed itself. Otherwise, you may need to overseed every few years as the ground cover thins out.

Depending on your needs and your conditions, you may not need to mow at all. White Clover grows between 2 to 8 inches, so it may remain short enough as is. Since it grows short, you don’t need to mow very often. If your goal is providing food for pollinators, don’t mow and allow flowers to bloom.

While Micro Clover only grows between 2 to 4 inches, you should still mow it. If it’s not mowed, it’ll grow like White Clover. When it’s mowed, it grows more, tinier leaves that make a high quality lawn. It also produces fewer flowers – which means you’re less likely to walk on a bee.

For a long time, homeowners considered Clover to be a weed because it takes advantage of low-nitrogen soils to pop up in our mono-culture grass lawns. Grown as a groundcover, though, it grows thick enough to block out other unwanted plants. Grown with a grass lawn, it’ll prevent competition from other weeds.

Do not use broadleaf herbicides on clover lawns. Clover is a broadleaf plant, and the herbicide will kill it.

Unlike most grass lawns, you don’t need to fertilize Clover. Clover is a nitrogen-fixing legume, meaning that it forms a symbiotic relationship with soil bacteria to convert atmospheric nitrogen into nitrates (NO2), a form of nitrogen that plants can absorb. That soil bacteria “infects” the roots of the plant, creating a nodule that converts the nitrogen. When the nodules decompose, it releases the nitrate back into the soil. If you’re growing a mixed lawn, then you won’t need to fertilize as much, or at all, depending on the grass species.

White Clover’s long roots are great at penetrating clay soils, so you rarely need to aerate before sowing.

There’s no need to dethatch Clover.

Can I Just Throw Clover Seed On The Ground?

You can just throw clover seed on the ground, but using a broadcast spreader that can accommodate clover will help to ensure even distribution. Once you’ve scattered the seed, rake the area to cover the seeds with a thin layer of soil. Pressing the seeds into the soil either by walking or rolling something over it will improve germination too, as seeds benefit from firm contact with moist soil. Too firm, though, and the seeds may have trouble spreading roots.

Is Clover Toxic To Dogs?

There’s no direct literature on clover’s toxicity to dogs, but White Clover releases small amounts of cyanide when its leaf tissues are damaged to deter insect pests, causing wild strains of White Clover to be toxic when eaten in large quantities. Clovers cultivated for use in pastures have been bred with lower cyanide content.

Clover (Trifolium spp.) is a different species from Shamrock (Oxalis spp.), which is definitely toxic to dogs and should be avoided.

Red Clover (Trifolium pratense) can be toxic to horses when infected with the fungus Rhizoctonia leguminicola. Any plants consumed in high quantities can have toxic effects on dogs.

Will Clover Spread On Its Own?

Perennial Clover will spread on its own through its creeping stems. It’s better to underseed than overseed, since Clover will spread over open space, while cramped Clover plants may grow over each other to fight for sunlight. You can always seed again to cover bare or thin spots.