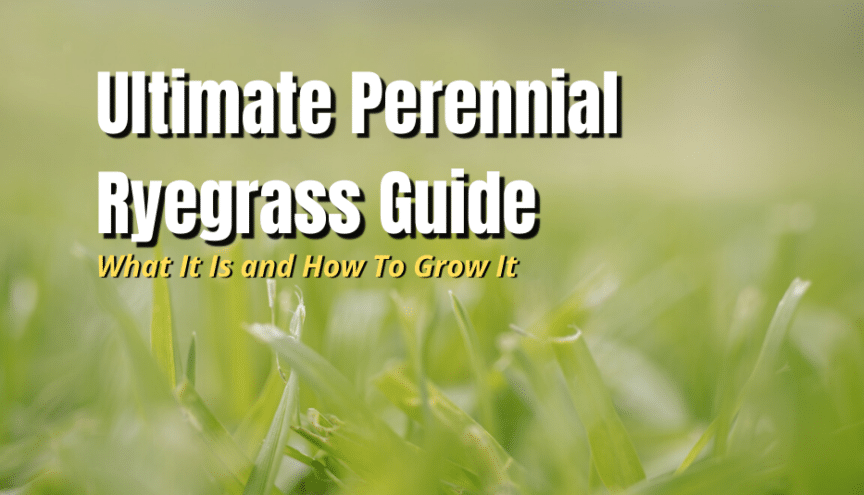 Turf-type perennial ryegrass has a lot going for it: it’s beautiful, it needs less water than bluegrass, and it can withstand a lot of wear tolerance. But it also comes with a few deal-breakers. Find out if this is the grass for you.

What Is Perennial Ryegrass (Lolium perenne)?

While bluegrass is known as the standard for lawn excellence, perennial ryegrass gives it a run for its money. It’s a beautiful fine-textured grass, given that the light shines off perennial ryegrass better than other grasses. It’s able to withstand a lot of foot traffic and grows well in compacted soil. But it’s hardier and requires less care than bluegrass.

Perennial ryegrass is usually sold as either a blend (multiple cultivars) or with Kentucky bluegrass. As it grows in clumps, it will be more challenging for it to grow uniformly and self-repair, but its quick germination time helps with that.

Perennial ryegrass germinates quickly without a lot of preparation, even in clay soil, which makes it great for use on embankments to hold back erosion. If you’ve been wanting to start a lawn from seed instead of sod, but have been intimidated by the preparation requirements, then this grass is for you.

One of perennial ryegrass’ downsides is that it needs full sun and can only tolerate light shade. Planted under deciduous trees, it’ll do well before and after the trees gain their leaves, but suffer in between.

When buying grass seed, make sure that you’re getting Lolium perenne and not Lolium multiflorum (annual ryegrass). Cheap seed mixes will use annual ryegrass instead of perennial because it’s cheaper. However, while annual grows strong and quickly, it will die off by the end of the growing season.

If you’re in a warm-season area looking for winter green to your centipede grass lawn, annual ryegrass is your friend! It won’t compete with centipede grass’s root structure.

Annual ryegrass also makes an excellent cover crop in cool-season areas as winter will kill it, so if you need something to cover the soil before you’re ready to plant, consider annual ryegrass.

Pros and Cons of Fescue Grass 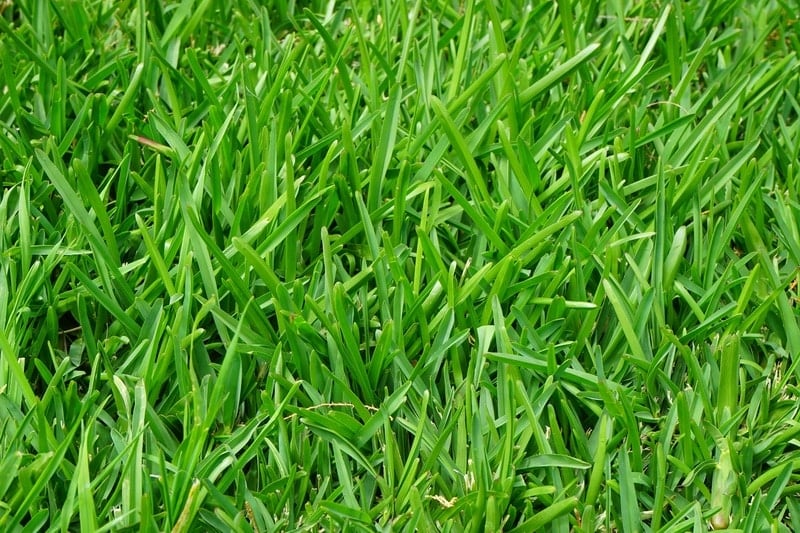 How To Grow Perennial Ryegrass Grass

Perennial ryegrass does not require a lot of special treatment and germinates quickly, making it perfect for a first-time sower and for embankments. It germinates in as little as 5 days, although if you’re using it as a mix, you’ll need to keep the soil moist until the other seeds germinate and establish themselves.

The best time to seed or overseed is in early fall with its cooler temperatures and predictable rain, with spring being second best. Give at least 6 weeks before your expected first frost date so that it can establish itself before the frost hits. Avoid seeding in summer.

Because perennial ryegrass grows in clumps, bare spots may open up on your lawn. Keep some leftover seed to overseed.

Like most cool-season grasses, perennial ryegrass benefits from being kept long in the summer (3 to 4 inches), and shorter in the spring and fall (3 inches).

Keeping grass height above 3 inches and overseeding bare patches will help shade out and out-compete weeds before they even germinate. For weeds that appear, hand weeding is the most effective weed control. Push the sod back into place or overseed the new bare spot to fill it in before weeds do it for you.

Perennial ryegrass doesn’t need that much nitrogen, only about 2 – 3 lb per 1,000 sq foot (the same as fescue, and less than bluegrass). Apply a ¼ inch layer of compost in the fall and top up in the spring with compost tea. The nutrients in compost tea are more diluted than pure compost, but you don’t need much to make ryegrass happy.

Perennial ryegrass grows shallow roots, so it needs to be watered as it’s not particularly drought-resistant. Some cultivars (types of perennial ryegrass) have been bred for deeper roots and more drought resistance, so if you hate watering or need a lawn that can grow well with little water, look for these cultivars (and avoid water-hungry bluegrass).

This grass typically needs 1 inch of water per week (including rain) in the spring, with a ¼ inch more in the summer to keep it from going dormant. If you have clay or loam soil, water deeper less frequently to encourage deep roots. (Sandy soil will require more frequent shallow watering as the moisture drains away faster.) In the fall, gradually reduce watering as winter approaches.

Since it grows well in clay soil, you may not need to core aerate it before overseeding.

Here’s where you reap the benefit of perennial ryegrass’ clump growth habit: it produces very little thatch. Most thatch problems are caused by rhizomes which take much longer to decompose than other parts of the plant. Perennial ryegrass doesn’t have rhizomes. So you will only need to dethatch rarely, if at all, especially if you’re using compost rather than synthetic fertilizers.

Does perennial ryegrass grow back every year?

Yes, perennial ryegrass comes back every year. It will establish a permanent lawn. Annual ryegrass needs to be reseeded each year as it’s knocked out by heat or cold. When buying ryegrass, check to see whether it’s perennial (Lolium perenne) or annual (Lolium multiflorum) as cheaper seed mixes will fill up their mix with the cheaper annual ryegrass.

Is ryegrass good for lawns?

Perennial ryegrass is a superb choice for cool-season lawns in mild climates. It’s as beautiful as bluegrass and withstands as much foot traffic, but it needs less water and fertilizer. If you live in a hot and drought-ridden climate, then look for cultivars that have been bred for better drought-resistance.

Is ryegrass better than fescue?

If your lawn is in full sun, has adequate rain or irrigation, and a mild climate, then perennial ryegrass will create a beautiful lawn for you. If you need more shade, heat, and cold tolerance, or less water and fertilizer, then go with fescue.

Perennial ryegrass remains green when the temperatures are between 41F to 87F (5C to 30C). Outside of those temperatures, it will go dormant (brown). To keep it green during the summer, you’ll have to keep watering it. If you live in a mild climate where temperatures rarely go above or below that threshold, then it can stay green year-round.