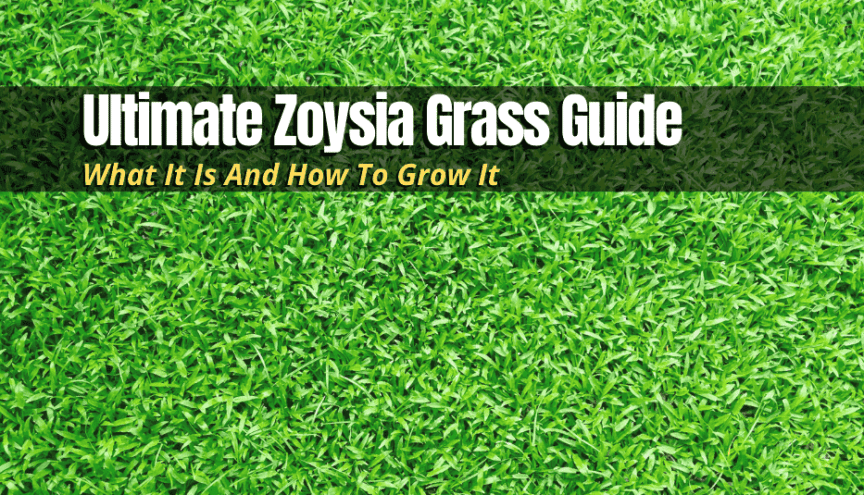 Finding a grass that thrives in transition zones can be tricky, as you need a grass that can withstand long, hot summers while also surviving colder winters. Zoysia can do it at all, and makes an attractive lawn to boot. Is Zoysia right for your lawn? Read on to find out.

What Is Zoysia (Zoysia spp.)?

Although Zoysia was originally brought over at the beginning of the 20th century, it only became popular as turfgrass during the 1980s. It’s usually installed as plugs or sod, making it a more expensive choice to install than seeded grasses like Bermuda, although seed has become commercially available for some cultivars.

Zoysia features a medium texture with dark green color, making it more attractive than some other warm-season options like St Augustine, Carpet, and Centipede grass. It requires a lot more fertilizer than low-maintenance options like Bahia Grass but still less than Bermuda. While both Bermuda and Zoysia spread by rhizomes and stolons into a thick carpet, Bermuda grass often becomes the biggest weed in southern yards because of its aggressive growth, while Zoysia’s slow growth keeps that from becoming a problem. 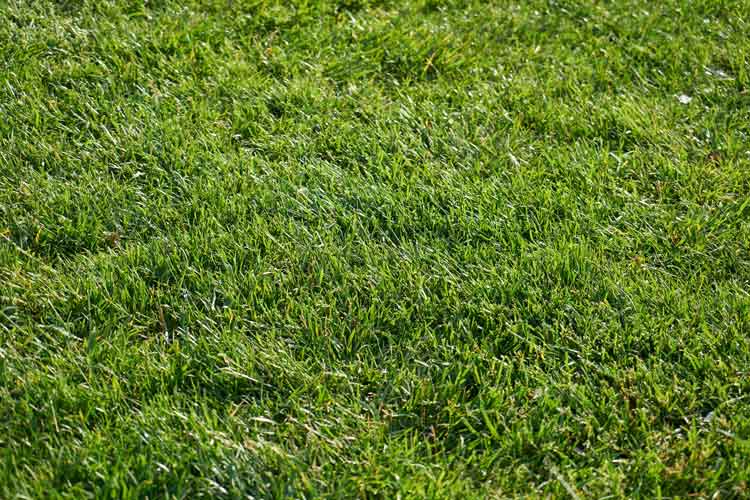 Unlike most other warm-season grasses, Zoysia is cold tolerant and can survive milder winters up to USDA Zone 6. For year-round color, you can mix Zoysia with Tall Fescue so that Zoysia will thrive in the summer heat, then pull back as Tall Fescue thrives in the spring and fall. Both can grow in part shade and full sun, so you’ll have a more even looking lawn than planting one grass in full sun and one in the shade.

Pros and Cons of Zoysia

Commonly known as Japanese or Korean lawn grass, this variety was the first Zoysia grass introduced in the United States at the end of the nineteenth century. Most Zoysia lawns use this variety. It is medium-coarse in texture and a light green color, although this can vary based on the cultivar. Z. japonica is the only variety for which you can buy seed, although only for a few varieties.

While there are many cultivars worth looking into, each with their own advantages, the most common are Meyer and Emerald. Meyer (also called Z-52) has a medium-coarse texture and spreads more rapidly than other cultivars. Emerald has a finer leaf texture and more shade tolerance, although it’s more vulnerable to the cold. Not all cultivars have seed available.

This variety is commonly known as Manilagrass, since it came to the US via Manila. If you’re looking for a high quality lawn, and are able to provide for its higher maintenance costs, this is the variety for you. It has a finer texture than Z. japonica, but it’s not as cold tolerant and it establishes even more slowly.

If you’re looking for a beautiful green ground cover rather than a lawn to play or walk across, then take a look at Zoysia tenuifolia. This variety grows in puffy clumps that look dreamlike.

How To Grow Zoysia

How you establish your new Zoysia lawn depends on the cultivar you choose. Some Z. japonica cultivars have commercial seed available which germinate well, but for others, you’ll need to opt for either sod or plugs.

Sod is the most expensive option but overcomes Zoysia’s slow growth habit by giving you a near-instant lawn, while plugs are less expensive but take longer to establish. Plugs are planted close together in 6-inch centers (placed 6 inches apart from the center of the plug), and this closeness helps Zoysia establish more quickly. Both sod and plugs will need more care while getting established.

The best time to establish a new Zoysia lawn is in late spring in May or June when temperatures are high and the grass has plenty of time to grow before temperatures (and growth) cool off in the fall. 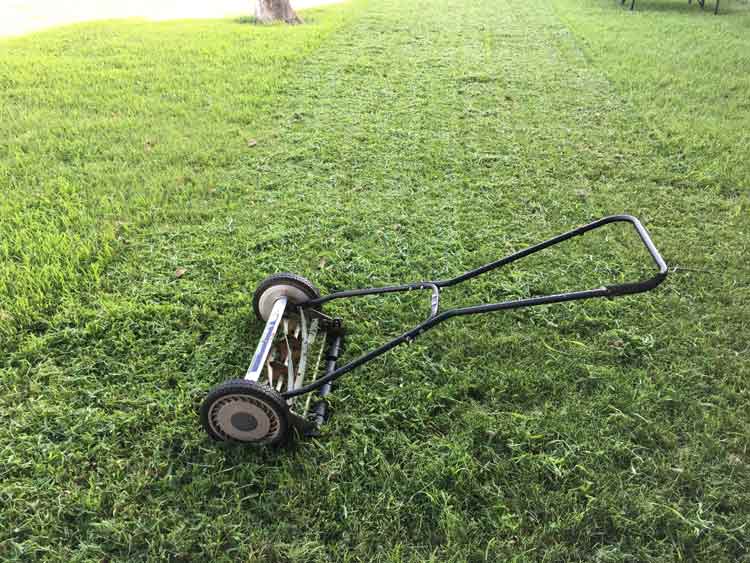 Zoysia prefers to be mowed to 2 inches during the growing season, and between 2.5 to 3 inches in the fall and winter. It’s better to mow this grass with a reel mower rather than a rotary mower. The more often you mow, the finer the grass becomes, so how much you mow depends on the quality of lawn you’re aiming for. If you mow frequently (even weekly), cut it on the shorter side. If you mow less frequently, then keep the blades above 2 inches to avoid scalping the lawn. As with all lawns, only take off ⅓ of the height at one time.

Not much will bother a Zoysia lawn, especially if you’re using a lower maintenance lawn care program. The only diseases that may affect your lawn are large patch, brown patch, rust fungus, and leaf spot, although your grass will recover as the weather changes.

As for insects, keep an eye out for white grubs. Check the soil underneath your lawn every so often during the summer and fall. If you find more than 4 or 5 grubs per square foot, then you may need to treat your lawn with an insecticide.

A healthy, established Zoysia lawn will grow thick enough to outcompete most weeds, and those that did pop up can be easily taken care of by hand weeding. You will need to be more vigilant when establishing a new lawn either by seed or plug, as Zoysia grass is not an aggressive or quick grower, and weeds can take advantage. Hand pulling is always best, as even a herbicide labeled safe for use on Zoysia can damage your grass, but if weeds get out of control, then spot-apply herbicides. Avoid weed-and-feeds.

While it is otherwise rather low maintenance, Zoysia requires 3 – 4 pounds of nitrogen per 1000 square feet per year. Zoysia does best with between 3 to 5 applications throughout the growing season, the first one in Mid-May or once Zoysia starts growing vigorously, and the last in August or September, well ahead of the first frost. For areas without winter, spread out applications year-round.

If you use organic fertilizer or compost, then plan on 2 main applications, one at the start of the growing season and one near the end. Top up as needed with quick applications of compost tea and leave grass clippings on the grass to break down into additional nutrients.

If you use synthetic fertilizers, check out local municipal and state regulations for how much and at what times you can apply fertilizers.

Zoysia also benefits from potassium (K in the NPK) whenever you apply nitrogen, as potassium helps with cold weather hardiness. 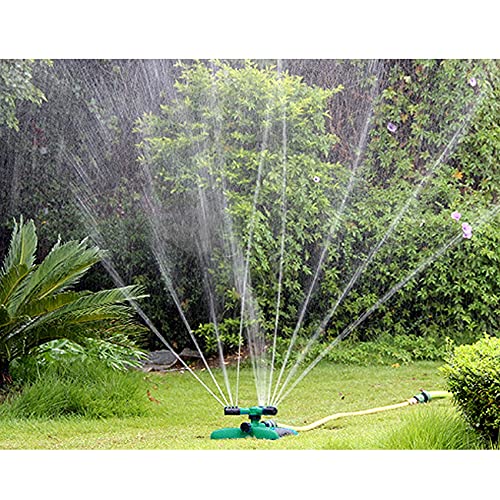 Zoysia is a drought-tolerant grass that can withstand extended dry periods, although it will go dormant (brown) during this time. In mid-summer, it’ll need 1 inch of water per week to stay green. It needs as little as 0.5 inch of water per week to stay alive (or a deeper watering once a month), and will need occasional watering’s during the winter if the ground isn’t frozen.

If your soil becomes compacted, then core aerate once Zoysia has started growing vigorously again in late spring. Core aeration will also remove some thatch, so as long as the thatch buildup isn’t too thick, this may be all that you need to do.

Because Zoysia grows by stolons, which take longer to decompose than other organic material, it is prone to excess thatch. Thatch is exacerbated by excess synthetic nitrogen, so it’s better to under-fertilize than to over-fertilize or to use organic fertilizers.

Only dethatch if the thatch becomes over ½ inch thick. Thatch under ½ inch will actually help the grass, as it shades the soil to prevent weeds, keeps the soil moist, and decomposes back into nutrients the lawn can use to grow.

Dethatch in late spring when the grass is growing vigorously to help the grass rebound easier. Core aeration can also alleviate light to medium thatch problems.

Where does Zoysia grass grow best?

Zoysia grass grows best in the southern US and transition zones with milder winters, from USDA Zone 6 – 10. It can handle some cold. Zoysia prefers to be planted in full sun, but can handle part shade.

Is Zoysia Grass Hard To Maintain?

Zoysia Grass is a medium maintenance grass, meaning it has some low maintenance properties and some high maintenance. It requires more fertilizer applications throughout the growing season, and frequent mowing improves the quality of a Zoysia lawn. But it’s also resistant to weeds, insects, and diseases, and it can survive through dry periods. It requires more care and weeding while it gets established, which can take up to 2 years, but once established, it becomes lower maintenance.

Is Zoysia better than Bermuda?

While Zoysia and Bermuda are warm-season grasses, Zoysia requires less maintenance than Bermuda. Zoysia can handle colder temperatures and more shade than Bermuda. It also requires less water and fertilizer. Bermuda gets established much quicker than Zoysia, but its aggressive growth can make it your biggest weed.