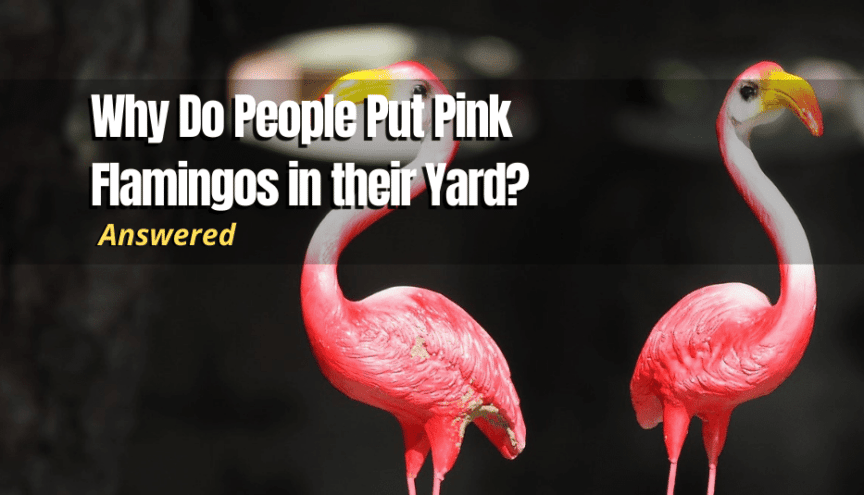 If you have spent time in North America, chances are that you have driven past a residential or business lawn covered in pink flamingos. What seemed to be low-brow humor in the form of these plastic birds turned into a recurring trend for various reasons.

In the 1950s, pink flamingos were a symbol of pop culture and represented a decorative trend, showcasing class and luxury destination themes. Through the decades it became a symbol of humor, still used as décor, or to surprise a birthday celebrant. Recently, pink flamingos have become a method of charitable fundraising known as flocking.

Whatever the reason, pink flamingos have represented and continue to represent multiple elements of North American culture and trends.

The History Behind Pink Flamingos in the Yard

The pink flamingo aesthetic trend came about in the 1950s shortly after WWII. At the time, the color pink was synonymous with class. The unique, elegant appearance of flamingos afforded them their popularity as wallpaper patterns, home décor, and lawn ornaments.

Originally, the lawn ornaments were sold in pairs with one standing upright and the other with its neck bent down in a feeding position. The popularity and success of the plastic pink flamingos earned Don Featherstone an IG Nobel Prize for Art in 1996. This award is granted as a parody of the Nobel Prize Awards but is notable nonetheless for its commentary on significant societal moments.

Does the Pink Flamingo Have Symbolic Meaning?

Since their invention, pink flamingos have held many symbolic meanings. In the 1950s, the color pink was associated with prestige and class. Around the same time, there was a cultural fascination with elegant and exotic-looking birds so it was fitting that the pink flamingo became a popular aesthetic trend. Flamingos were associated with warm, exotic retirement destinations so having the birds as part of one’s own décor represented some of that luxury.

By the 1960s, environmental activists pushed back exclaiming that pink flamingo lawn ornaments were detrimental to the environment and that lawns are better decorated with natural biodegradable features instead.

After this, the pink flamingos became a symbol of low-brow humor that parodied the classism associated with the lawn ornaments. Social elites viewed them as tacky and so they took on a new identity for those who used them. 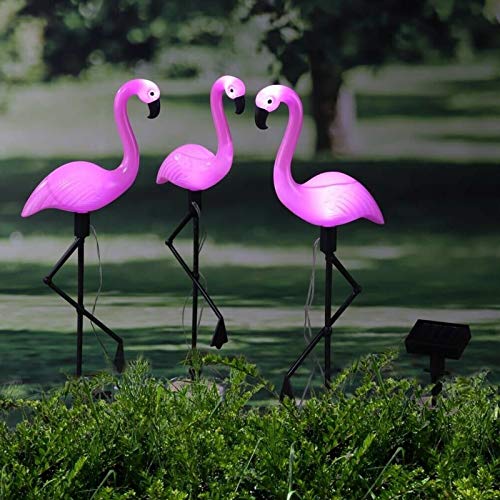 Some people continued to use them as preferred lawn décor and by the 1990s it was not uncommon to see lawns decorated with a plethora of these birds as a birthday greeting of sorts. When used for birthdays, the number of flamingos on the lawn matched the age of the celebrant.

In the mid-2010s, pink flamingos made a comeback as a charitable fundraising method called flocking. Many youth sports teams, churches, and other organizations would gather their community and place many pink flamingos on business or residential lawns. The birds would then be removed at a price for each one. At an extra cost, the person whose lawn had been flocked could find out who nominated them for the experience and they could then also pass the flocking on to someone else.

Today, people may also use pink flamingos as a nod to the nostalgic past or for the spiritual representation of the animal itself signifying beauty and balance.

Do People Place Pink Flamingos in Front Yards for Birthdays?

More commonplace in the 1990s than now, people would place pink flamingos in the front yards of loved ones celebrating milestone birthdays. Typically, the number of flamingos placed in the yard would correspond with the age of the birthday celebrant.

Are Pink Flamingos Considered a Prank? “You’ve Been Flocked”

Generally, pink flamingos are not considered a prank in the conventional sense. One could argue that they are a prank with a purpose whether it is to surprise someone on their birthday or to raise funds for charity in a method called flocking.

In 2016, it became popular for charitable organizations to connect with their communities and raise funds by placing flocks of pink flamingos in residential and business yards, removing them once a donation had been made.

For example, the charity called Humane Tomorrow allows you to pay a donation fee of as little as $25 to flock a friend’s yard. At your request, they will set up the flamingos in the late evening so the nominee wakes up to a surprise.

The flamingos are then removed at a cost for each bird. For an additional donation fee, the person who has been flocked can learn the identity of who flocked them and nominate someone else’s yard for these birds to migrate to overnight and so on.

This became a popular fundraising method with many people wanting to participate in the areas it takes place. Donations can also be made to charities beforehand to spare one’s lawn from being flocked.

Is it Illegal to Put Pink Flamingos on Random Peoples Lawns? 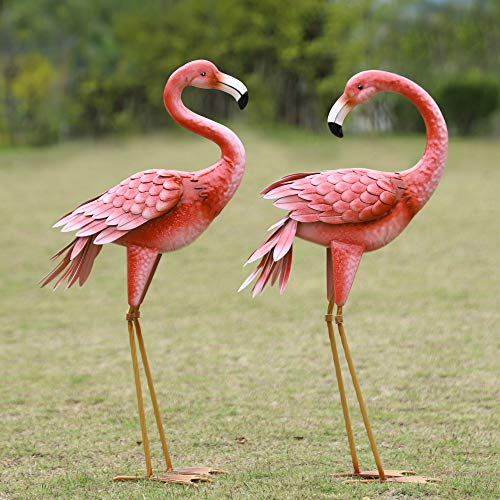 While it can feel like a shock to find pink flamingos suddenly in your yard, the intentions with which they end up there in the first place and by whom tend to prevent any serious concerns with legalities over these lawn ornaments.

They are not illegal and usually represent humor with a purpose from birthdays to fundraising for charities. The presence and purpose of pink lawn flamingos ebb and flow over the decades and as such, it is not common for people to have these birds handy to randomly prank strangers with.

Depending on the location, if it is proven that flamingos have been placed unknowingly with malicious intent, then police action may be taken but it tends not to be severe.

Can Pink Flamingos Simply Be Used as a Garden Decoration?

As a part of kitschy North American culture, pink flamingos can still be found as a nod to the 1950s, luxurious destinations, low-brow humor, or as a genuine decorative statement piece. The splash of pink and the history behind the pink flamingo still make it an aesthetic garden decoration to some.

Others may keep flamingo decorations to spiritually represent beauty and balance in affinity with the real animal.

Where Can You Buy Pink Flamingos for the Yard?

You can find pink yard flamingos on Amazon that come in a set of three. They are durable, made of high-quality plastic and solid iron legs to anchor them into the ground. This also allows them to withstand various weather conditions. These flamingos are designed to decorate wherever you wish to place them from home interiors to patios and backyards.

If you want these lawn ornaments to make an appearance for just one of your events, you can rent them from some party rental companies. Check with your local party rental store as they likely carry pink lawn flamingos.

What to do if Someone Keeps Stealing Your Pink Flamingos Decorations?

Unfortunately, it is common that pink flamingo lawn ornaments are stolen. To deter theft from happening, it is best to place them in an area that is well-lit during all times of the day and night as they tend to be stolen under the cover of darkness. You can also install motion-activated sensor lights or doorbell cameras to keep an eye on your outdoor surroundings.

If you have a good relationship with your neighbors, you can also ask them to keep an eye on your property if you will we away or if theft occurs. While there are no large consequences for lawn ornament theft, it can feel personal if the birds are of sentimental value to you.

If theft is a recurring issue in your neighborhood and you have tried the aforementioned deterrents, you can reach out to your local police department for further guidance on property theft.

A classic American icon, the pink flamingo represents many phases of society dating back to the 1950s. Whether you know them as kitschy lawn decorations, birthday surprises, or charitable fundraisers, they have a well-recognized place in North American culture.