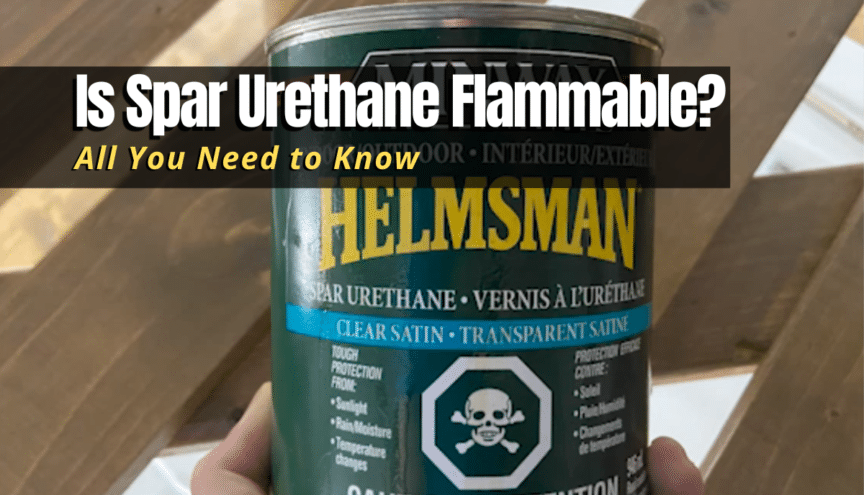 Spar urethane is an excellent clear coat for protecting wood, especially for exterior applications. It’s incredibly durable and protects against moisture and UV damage. But you need to be careful when applying it because there is a serious fire risk. This article will tell you everything you need to know about the flammability of spar urethane and how to use it safely. 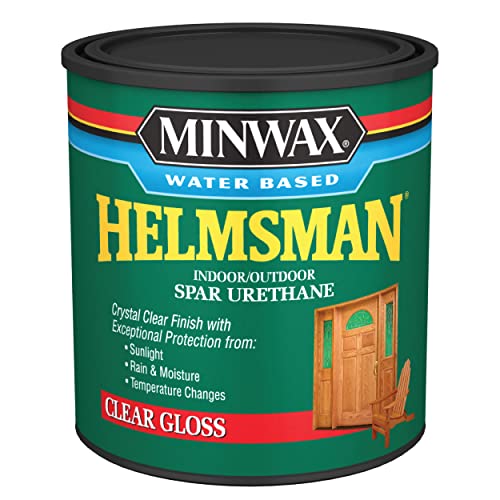 Water-based spar urethane is a safer option than oil-based products because it is not as combustible. It will still catch fire, but it is nowhere near as volatile. If you are especially concerned about fire hazards, water-based products are the way to go.

Will Spar Urethane Catch on Fire when Exposed to a Flame?

Oil-based spar urethane will easily catch on fire when exposed to a flame. Once it reaches 38 degrees and starts giving off vapors, they will ignite immediately and it will burn very easily. Even if the overall temperature of the spar urethane is lower than the flash point, it won’t take long for the flames to heat it and set it alight.

Water-based spar urethane is less flammable, but will still catch fire when exposed to flames. Although it will take longer, it will still burn quite easily.

Can Spar Urethane Catch on Fire from a Spark?

Spar urethane has an autoignition temperature of around 230 degrees Celsius (450 Fahrenheit). That means it will spontaneously combust without an ignition source if it reaches this temperature. So, if you store it near a heat source and it doesn’t have enough ventilation, there is a chance that it could burst into flames. A sealed can of spar urethane will also give off vapors as it heats up. As these vapors build, the risk of fire or even explosion increases.

If I Leave Spar Urethane in the Sun Can it Catch on Fire?

Leaving spar urethane in the sun, especially in a sealed container, is one of the most common mistakes you can make. The temperature will quickly increase on a hot day and, if left unattended, it could potentially catch fire. The increased temperature also means that it is a lot easier for the spar urethane to catch fire when exposed to an ignition source.

What is the Flash Point of Spar Urethane?

Is Spar Urethane Flammable when Dry?

What’s the Safest Way to Dispose of Spar Urethane?

Oil-based Spar urethane is considered a hazardous material and should not be poured down the drain or thrown into the garbage. You can actually dispose of excess spar urethane using cat litter. Simply mix some litter into the container with the spar urethane so it soaks it up and clumps together. Let it dry properly and you can then put it in the trash.

However, if you don’t want to dispose of it using cat litter, you should get in touch with a local recycling center with the capacity to handle hazardous materials. They will be able to dispose of it safely without causing any damage to the environment or creating a fire hazard.

Are Rags or Brushes with Spar Urethane on them Flammable? 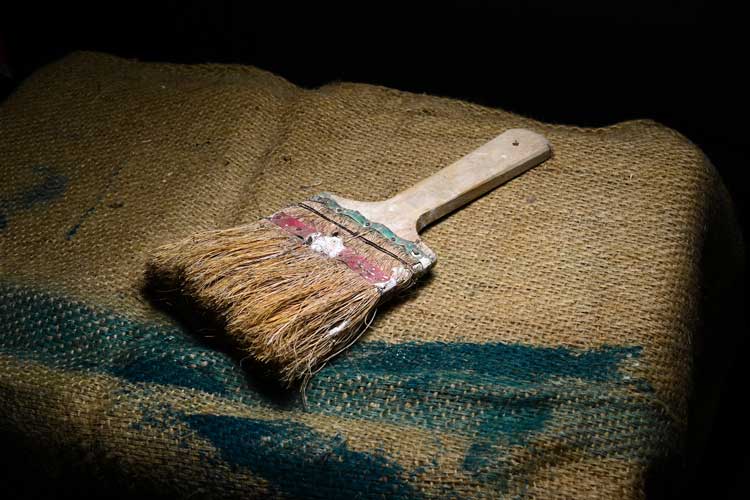 Yes, while the spar urethane is still wet, used rags and brushes are a fire hazard. If they are left in the sun where they can reach high temperatures, there is a big danger of fires. The rags will burn very quickly when soaked in spar urethane, and if you put them into the trash before they are properly dried, it can be very dangerous.

Put old rags out to dry on a non-flammable surface, like concrete, and keep an eye on them. Separate them to reduce the risk of spontaneous combustion. Alternatively, you can put them into a sealed metal container with some water to prevent fires until you are ready to get rid of them.

How Should You Store Spar Urethane?

When storing spar urethane, it is important to keep the temperature stable. Always store it away from direct sunlight in a well-ventilated area to stop fumes from building up. Try to keep it away from other flammable materials as well so you can limit the spread of fire.

If you are worried about the spar urethane going bad, you can put a thin layer of mineral spirits on the surface before you close the lid. This will stop it from turning into a thick gel, and you can simply stir it together and use it again when you are ready.

How Do You Safely Put Out a Spar Urethane Fire?

Spar urethane fires are incredibly dangerous because it burns quickly and will spread easily if not controlled. Water is not very effective at putting it out spar urethane fires, so use a dry chemical, foam, or carbon dioxide fire extinguisher instead. The fumes are incredibly toxic too, so do not approach the fire and call the fire department if it gets out of control.

Oil-based spar urethane is often preferred because it gives a nicer finish, but it’s incredibly flammable, so you need to take extra precautions. Water-based products may be a better alternative but if you do decide to use oil-based, make sure that you store it properly, apply it in a well-ventilated area away from ignition sources, and clean up properly afterward.