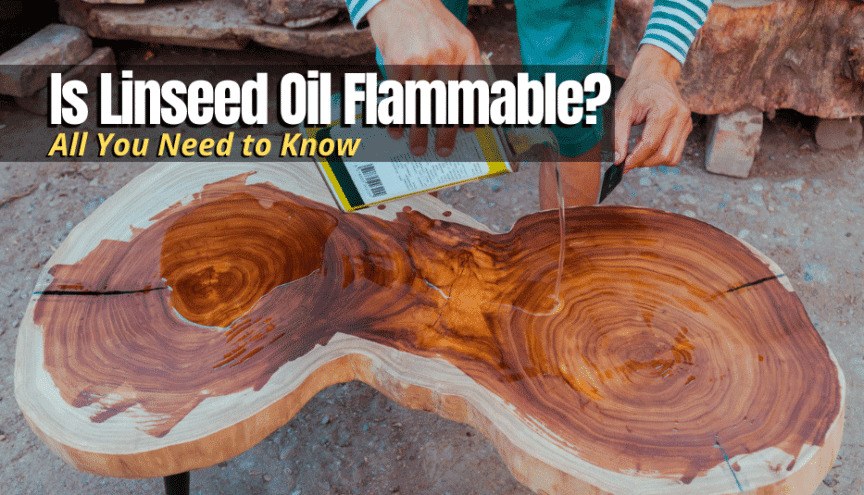 Linseed oil is an excellent wood finish that protects it and brings out the natural beauty of the wood. It’s often used on furniture and hardwood floors and it works brilliantly. But did you know that it can also be a serious fire hazard? This article will tell you everything you need to know about whether linseed oil is flammable and how to avoid any dangerous situations.

Yes, raw linseed oil is flammable. For a liquid to be considered flammable, the flash point must be 93 degrees Celsius (199.4 degrees Fahrenheit) or lower. Raw linseed oil is right below this margin so it is considered a flammable liquid. If it comes into contact with an ignition source it will light up easily, and it can even spontaneously combust in certain situations.

So, you need to take the right precautions when using linseed oil to avoid fires. 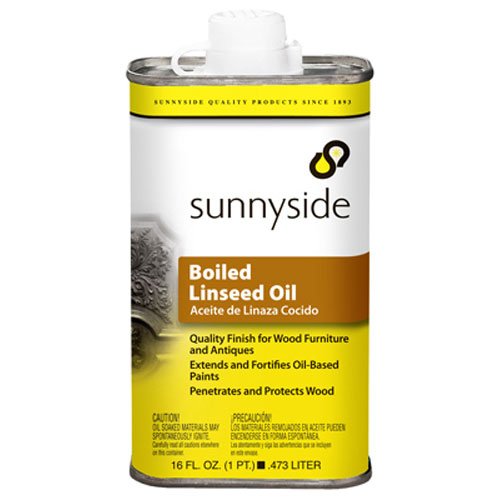 Will Linseed Oil Catch on Fire when Exposed to a Flame?

Linseed oil will catch fire when exposed to a flame as long as the temperature reaches the flash point. As the flash point is relatively low, it doesn’t take long for the linseed oil to ignite in the presence of a flame.

Can Linseed Oil Catch on Fire from a Spark?

Yes, linseed oil can also catch on fire from a spark. Once it is nearing the flash point temperature, it becomes very volatile and a small spark is enough to get it going. If you are storing it somewhere too hot, for example, or you leave it out in the sun, it only takes a spark to set it off.

Yes, there is a chance that linseed oil can catch fire from high temperatures. If it reaches a temperature of around 343 degrees Celsius (650 Fahrenheit) then it will auto-ignite without the need for a spark or a flame. Obviously, that’s a very high temperature and under normal conditions, it won’t get that hot.

However, a linseed oil dries, the reaction that happens with oxygen in the air can generate heat. In high temperatures, this can cause the oil to set fire if it is left open to the air.

If I Leave Linseed Oil in the Sun Can it Catch on Fire?

Yes, as discussed above, in high temperatures, linseed oil can spontaneously combust. Leaving it in the sun in a container will heat it up very quickly, drastically increasing the chance that it will catch fire.

Is Linseed Oil Flammable when Dry?

Once the linseed oil has been spread over the surface of the wood and soaked in, it should not pose a fire hazard. Wood that has been treated with linseed oil will burn more easily than untreated wood, but the risk of spontaneous combustion is much lower.

The reaction that takes place during drying has already finished, so it is no longer generating heat. However, you should still take precautions with wood that is treated with linseed oil.

There have been instances of furniture catching fire when exposed to excess temperatures, so you should consider keeping items out of direct sunlight once they have been treated with linseed oil.

Disposing of linseed oil properly will help you avoid fires or damage to your home. Whatever you do, don’t pour it down the drain because it dries very hard. It will quickly block up all of the drains and you will need an expensive cleaning service to get it out, or you may even need to replace the pipes.

If you have excess oil, set it aside and allow it to fully cure (this should take 24 hours). Once it has cured, you can then throw it away.

Are Rags with Linseed Oil on them Flammable?

Yes, soaked rags are the biggest hazard when using linseed oil. The collected oil will generate a lot of heat as it dries, especially if you leave the rags in a pile somewhere warm. Most spontaneous combustion of linseed oil happens when people don’t deal with the rags properly.

The best thing to do is to seal them in a metal container filled with water until you are finished with them and then, ideally, incinerate them. If you cannot incinerate them, take them to a local waste disposal center where they can deal with them safely. Never put them in a bin because they can easily catch fire.

How Should You Store Linseed Oil? 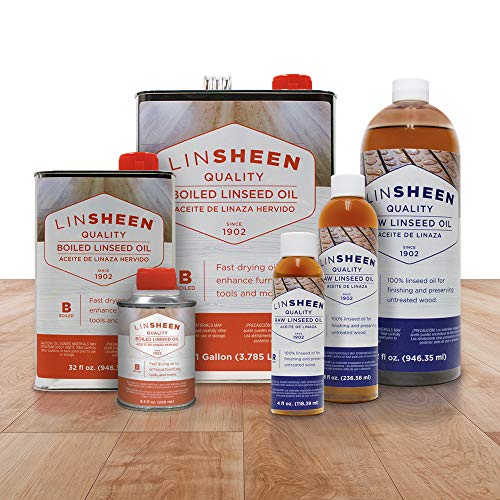 Linseed oil should always be stored in metal containers. You can put it in plastic containers while you are using it, but never leave it in there for an extended period. Always store it out of direct sunlight and away from any heat sources.

Keeping it somewhere shaded and cool will manage the temperature and prevent combustion. It’s a good idea to avoid putting it near other flammable substances too. That way, if a fire does break out, you can limit the spread.

How Do You Safely Put Out a Linseed Oil Fire?

If linseed oil does catch fire, attempt to smother it with a non-flammable material. When a pile of rags sets alight, you could put an upturned metal pot over it, for example. This will starve it of oxygen and the fire will burn itself out.  If you have a foam or CO2 fire extinguisher on hand, you can use this too. Spraying water on the fire will only make it more dangerous, so avoid this at all costs.

Most importantly, call the fire department and don’t take any unnecessary risks.

Linseed oil is a serious danger, especially when you don’t store the old rags properly. A lot of people have burned their homes down by making this one simple mistake, so be very careful. As soon as you are done using them, put them in a container of water until you are ready to dispose of them safely.