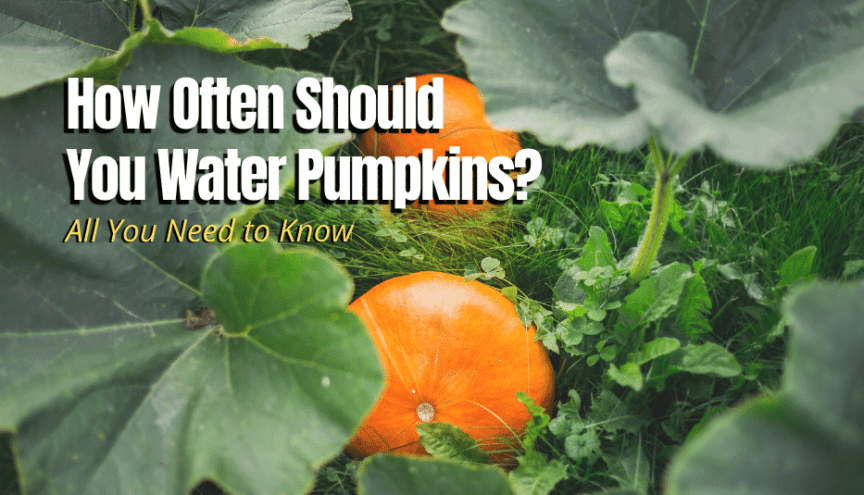 Feeling brave enough to plant and harvest your own Halloween pumpkins this year? Then knowing how to water them is one of the first things you should learn about.

How Often to Water Pumpkins?

Pumpkins usually need a lot of water because they are made of water themselves. For the best results and the biggest pumpkins, make a watering schedule and stick to it. You might need to add about 15 to 20 gallons of water to the pumpkin soil twice per week.

How to Tell if Pumpkins Need Water?

The best way to make sure you’re watering your pumpkins is to establish a watering schedule and stick to it. Pumpkins usually need between 15 and 20 gallons of water twice a week during the dry season and about once per week during

How Much Water Do Pumpkins Need?

Because they are composed of 80 to 90 percent water, pumpkins require a large amount of water. The ideal rate of growth is one inch each week. If you are experiencing hot temperatures and drought conditions, you should anticipate providing additional water.

Water only the base of the plant in the evening to prevent the disease from spreading to the leaves. Watering the leaves will encourage disease to spread. As pumpkins grow older, their water intake decreases, and the plant may require more water to maintain its health. Without proper water, pumpkins will not yield a good harvest.

How Do You Know When Your Pumpkins are Sufficiently Watered?

Pumpkins tend to be really thirsty and require a lot of water to thrive. Give at least an inch of hydration per week is what I recommend. Water thoroughly, especially during the fruit-set period. While you’re watering, try to keep the leaves and fruit as dry as possible, unless it’s a particularly hot day.

Can You Overwater Pumpkins?

When it comes to producing pumpkins, the most common mistake is overwatering, which can lead to disease problems down the road. The basic approach to avoid this is to make sure that the soil is adequately moist before watering it. It doesn’t require watering if the soil is damp 2 inches down. 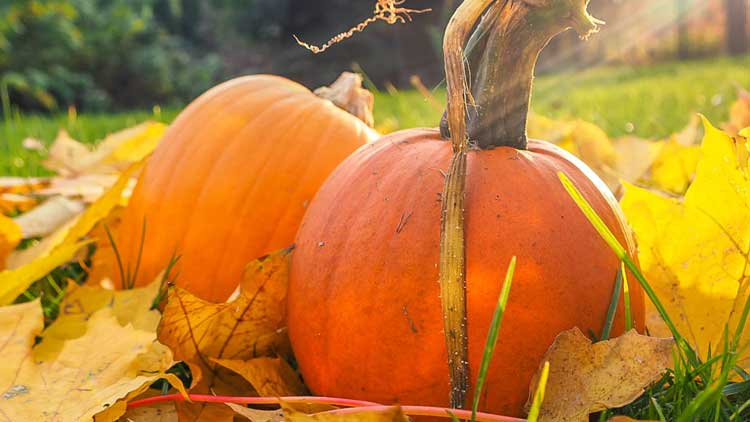 What are the Signs of an Overwatered Pumpkins?

When your pumpkins are excessively watered, the leaves are the first ones to tell you that. They start to yellow and fall off. As with a lot of other plants, overwatering will also lead to root rot, killing the plant eventually.

Unfortunately, there’s not much you can do if the pumpkins are overwatered because it can months for a new batch to grow.

Adding too much or not enough water to your pumpkins will cause them to wilt and die. Overwatering or soil with poor drainages, such as clay soil, drowns the roots of pumpkins, making them wilt and eventually die.

Dead roots prevent pumpkins from absorbing water, resulting in wilting and eventual death. Excessive water exposure might lead to illness in the roots.

Make sure your pumpkins have sufficient drainage by planting them on mounds and watering them frequently. Planting pumpkins in a raised bed with heavily-amended soil may be an option for those with poor drainage of heavy soil.

Should Pumpkins Soil Be Moist?

Pumpkins require moisture for optimal development, but they are not tolerant of excessively wet soils that get waterlogged and muddy after irrigation or rain. Generally speaking, sites with rich, loamy soils give the best drainage and moisture retention, allowing the land to retain the appropriate quantity of moisture. 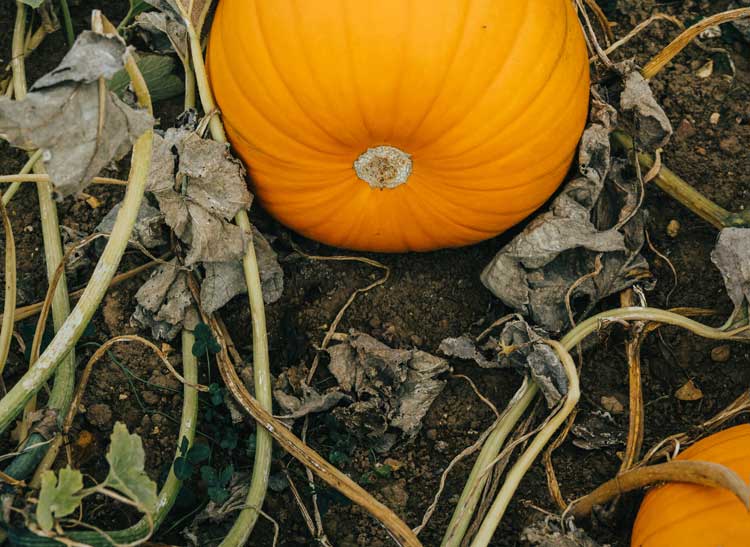 Why is my Pumpkin Droopy?

One of the main reasons why pumpkin leaves may be droopy is the lack of water. If the summers to get pretty hot, you’re going to have to add about one or one and a half inches of water each week.

Another reason why pumpkins might get droopy is because of different diseases. These include bacterial wilt, fusarium fungus, or phytophthora blight. Insects like squash bugs or vine borers might also cause wilting.

Pumpkins are voracious eaters who will devour anything you put in front of them. It’s crucial to remember that different nutrients stimulate different types of growth when fertilizing pumpkins.

This means you need to pay close attention to the growth stage of the pumpkins so that you know how to feed them properly. On the fertilizer pack, you will notice three numbers, representing nitrogen, phosphorus, and potassium (in this order).

Fertilizer is necessary, but a little goes a long way in some cases. Nitrogen helps plants grow, but if you use too much, you run the danger of scorching your leaves or stunting flower production.

In a similar vein, too much potassium can sometimes lead pumpkins to develop more quickly than they are supposed to, causing them to burst through their skins.

How Much Sunlight Do Pumpkins Need?

With the perfect amount of sunlight exposure, pumpkins can grow big and a-plenty. You want your pumpkins to get at least six hours of direct and unfiltered sunlight daily. Sun also helps keep the leaves dry and helps dew to dry quicker. 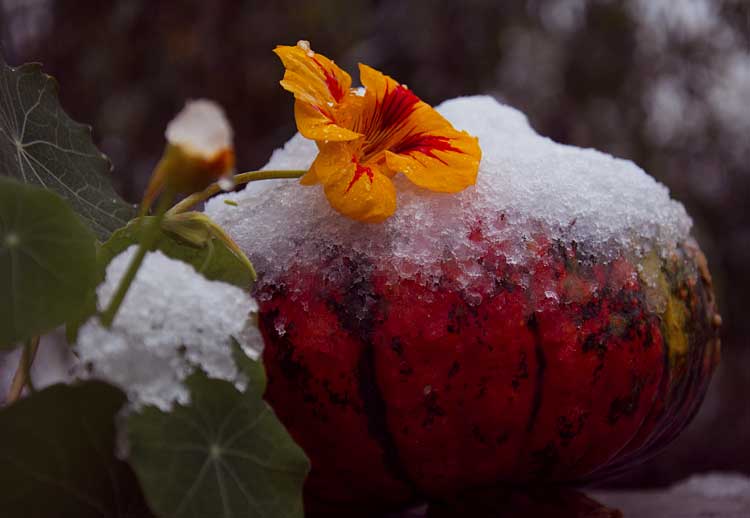 Will Pumpkins Survive in the Winter?

Cold, rainy weather causes the rotting of seedlings and maturing fruit in the fall, resulting in a loss of flavor and nutritional value. It is crucial to note that leaving pumpkins out in the cold for an extended period might result in fruit loss of 80 to 90 percent.

It is recommended that pumpkin seeds be planted outside two weeks after the last expected frost has passed when soil temperatures have reached at least 60 degrees Fahrenheit. This will help to minimize the detrimental effects of cold on the crop.

Since mature pumpkins are mostly made out of the water, you have to water them a lot throughout their different growth states. Make sure to keep the foliage dry when watering (unless it’s a sunny day and heat will help the leaves dry fast) to prevent any potential plant diseases.