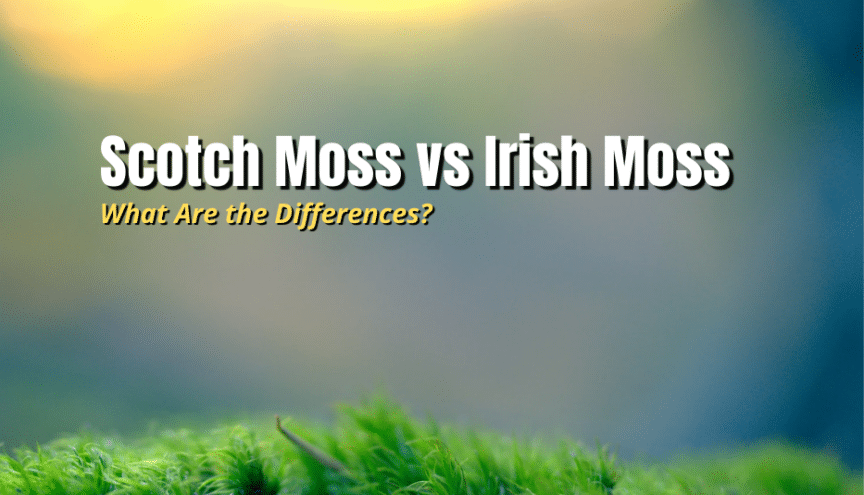 Scotch and Irish Moss were given their name because of their moss-like appearance with low, bundled foliage. The quickest way to tell them apart is that Irish Moss has an emerald-green appearance whereas, Scotch Moss has a chartreuse or golden color when in bloom.

What is Scotch Moss?

Scotch Moss is an evergreen perennial that has a bundled, ground-hugging appearance hence moss being in its name. Its leaves look like tiny green needles that ultimately turn a chartreuse or golden-hued color. During mid-spring to summer, this plant produces small white flowers.

Scotch Moss grows well in temperate climates and is native to western and southern Europe. It is a hardy plant that thrives in urban conditions and can survive through mild winters, blooming again in the spring. It is not suited to dry, hot, or desert-like conditions.

Each Scotch Moss plant will grow about 1-inch-tall and spread about 12 inches, remaining low and dense to the ground. It has a lifespan of about 10 years if it is properly cared for and not in a high foot traffic area where it is frequently stepped on.

Scotch Moss is ideal for rock and alpine gardens, border edging around stepping stones, and groundcover. Luckily this plant is low maintenance and looks its best without pruning.

What is Irish Moss?

Irish Moss is very similar and at times indistinguishable from Scotch Moss. The main difference is that Irish Moss leaves settle into a deeper emerald green color. This plant will also produce small white flowers in mid-spring to summer.

Irish Moss does well in temperate climates, originating from the same region in Europe, and can live for up to 10 years, surviving mild winters. Like Scotch Moss, Irish Moss prefers partial shade or full sun and regular watering though you should be mindful to not let water pool around either variety as this will make their leaves turn brown and die off.

Because it also has a dense, ground-hugging appearance standing at 1-inch-tall with a spread of about 12 inches, Irish Moss is suited best to the same applications as Scotch Moss such as accents at the edge of water features, rock gardens, or between stepping stones.

How Do You Grow Irish and Scotch Moss?

Irish and Scotch Moss plants can be grown from seeds or propagation from a mature plant. When propagating from an established plant, you can cut strips or dig whole clumps up, ensuring that they have their full root system intact.

Irish and Scotch Moss are both considered to grow at a moderate rate and can take several years to fill out an area. To cover a large area quickly, you can transplant many smaller-sized propagations close together.

Where Can I Buy Irish and Scotch Moss Seeds?

Both Irish and Scotch Moss can be grown from seeds and should be started in indoor nursing pots with continuous watering for 2-3 weeks to allow for germination. Once they germinate, they can be planted in your garden, ideally in the spring, and several weeks from the average date of the last frost.

You can purchase Irish Moss seeds on Amazon or from Garden Seeds Market. Best Seeds Online also ships smaller quantities of the plant for easier propagation. When in season, Home Depot sells 4-packs of Scotch Moss and Irish Moss online that are ready to propagate. 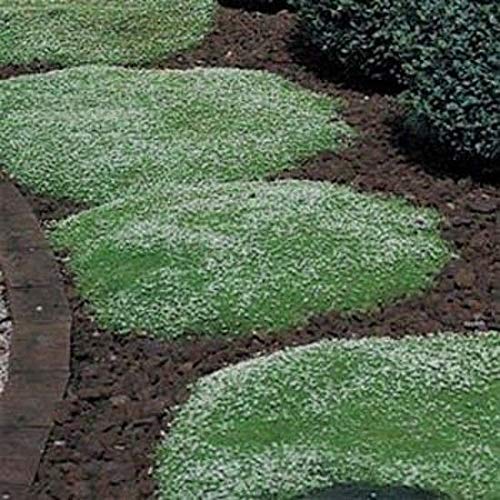 Is Irish and Scotch Moss Poisonous to Dogs?

While some true mosses can be hazardous for your dog to eat, Irish and Scotch Moss are completely non-toxic to dogs, cats, and horses. If ingested in small amounts, it could actually assist your dog’s digestive tract though it is not advisable to consume regularly as it could then create intestinal blockages.

Avoid treating your Irish and Scotch Moss plants with herbicides, pesticides, or fungicides if you notice your dog snacking on them as those chemicals can be carcinogenic to your canine companions.

Overall, Irish and Scotch Moss plants are very similar in their appearance, the flowers they produce, and how they grow and spread. The most telling difference is their leaf color however, both make for an aesthetically pleasing accent to your outdoor landscaping.