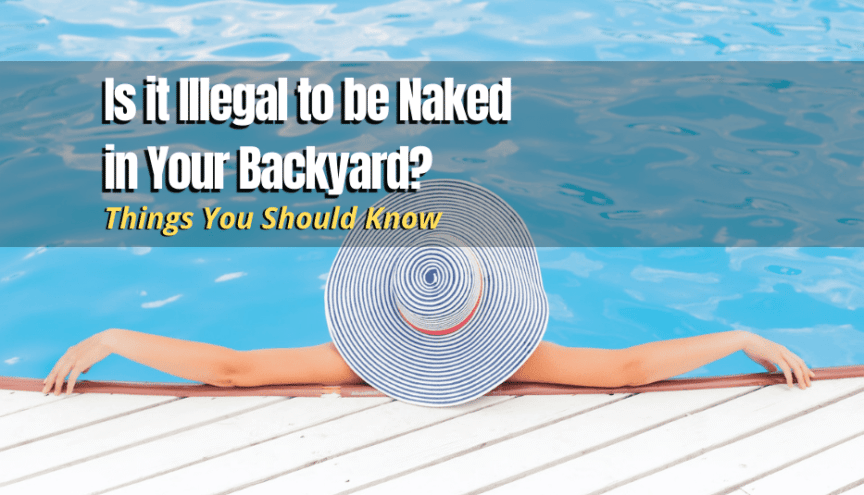 The sun is shining brightly and the water in the pool is warm. This is the perfect day for a dip in your pool, and why not take the plunge in your birthday suit? One reason is because it may not be legal to be naked in your own backyard.

The truth is, swimming naked in a private pool in your backyard is illegal in some states that allow anyone who sees you nude to file a police report. But in many states, your neighbors will have to get over it because you are allowed to be naked in your own backyard.

The public nudity laws in some states prohibit the general exposure of the nude body or make it a crime to intentionally expose genitalia. In other states, there are separate laws prohibiting nudity that can be seen by minors, which would apply to your backyard if you are skinny dipping.

What is Indecent Exposure?

Indecent exposure is defined generally as the deliberate public exposure by someone of a portion of their body in a way that is contrary to local standards of what is considered appropriate behavior. In many cases, the exposure is specifically referenced as male or female genitalia, but it also includes female breasts in certain states. There are even some laws that more specifically cite certain parts of the female breast.

The laws regarding nudity do vary among the states. This requires researching specific laws in a state to determine whether public nudity is prohibited and under what conditions. In many cases, nudity that can be seen by others is what is actually prohibited, not someone who is walking around inside their house naked where others cannot see.

Also, indecent exposure laws generally prevent nudity in public areas, but allow it in some cases. For example, in some states, public nudity is allowed in specially designated areas, such as a nude beach or in a private resort that is not easily accessible to the public.

So… It Does Depend on Where You Live?

It does depend on where you live. In states like Alabama and California, public nudity is considered illegal, including in a private pool. In Alabama, “genital nudity” is prohibited, so a neighbor can report you to police if they are offended by you swimming naked in your backyard. In California, any form of public nudity is considered illegal, unless you can show that you took extraordinary measures to prevent others from seeing you. That includes installing a fence that hides your pool, and your nakedness, from others’ view.

What if I Have a Fence?

A fence that keeps others from seeing into your backyard basically means that you wouldn’t be offending anyone with public nudity because they couldn’t see you. In most states, in order for you to be charged with public nudity, someone who sees you naked has to file a report with local police. They can’t do that if you have installed a fence to prevent anyone from seeing you naked in your backyard.

Of course, the fence would have to be tall enough to prevent anyone from seeing into the yard. And a fence doesn’t prevent neighbors who have upstairs windows from seeing into your backyard, so this would have to be taken into account as well. If a fence is not tall enough to keep others from seeing inside your backyard or the fence has gaps in it that allow others to see through it, then installing a fence doesn’t protect you from public nudity laws in most states.

What if Nobody Can See Into my Yard?

If you cannot be seen in your backyard, then it would be difficult to charge you in most states. That is because the public nudity laws generally require someone to be seen naked. If you are naked in an area of your yard that cannot be seen by the public, it is similar to you being naked inside your home outside the view of the public.

What to Do If My Neighbors are Sunbathing Nude in Their Backyard?

One option you have if you see your neighbors sunbathing nude is to ignore them. In some states, such as Florida, New York and Texas, nudity in your own backyard is not illegal. In that case, there is no crime, so you could not report your neighbors. However, nudity that includes what is considered inappropriate behavior would be considered illegal in some states that allow you to be naked in your backyard.

You can call the police if you live in a state that makes it a crime to be naked in public when others can see, even if it is in their own backyard. Also, some states prohibit nudity outside if a minor can see it, so you can report your neighbors if you are concerned that your children will be exposed to them. 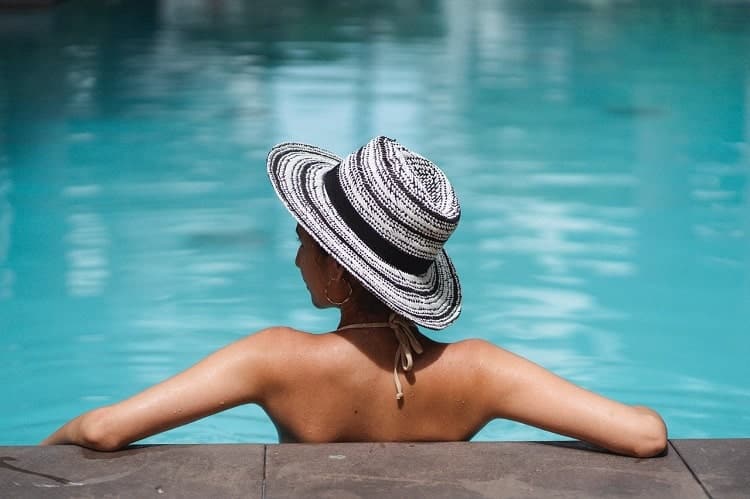 Can I be nude in my backyard in England?

Public nudity is not illegal in England, or in many other European countries. You are allowed to be nude in your backyard.

Can I Be Nude in My Backyard in Canada?

Can I Be Nude in My Backyard in Australia?

In most areas of Australia, public nudity is prohibited if you can be seen by others, even if it’s in your own backyard.