Nothing compares to the diversity and ease of maintenance that attractive ornamental grasses can bring to your garden. They will provide interest and texture to any space, no matter what time of year it is.

If you’ve just planted your ornamental grasses, you want to water them every other day until they develop a solid root system. After that, you can gradually increase the period between two waterings. If you’re planting ornamental grass in containers, note that water depletes way faster compared to when the grass is planted in the ground.

How to Tell if Ornamental Grasses Need Water?

If you notice the blade tips or the leaves turning brown, that’s a sign that your ornamental grass needs water. Similarly, be on the lookout for wilting grass or improper growth.

The best way to tell if ornamental grass needs water is to look at the topsoil. If you notice that it’s dry up to the point where the soil is cracked, then it’s time to add water.

Ornamental grass seedlings require some special care and attention when it comes to their watering needs in these early stages of growth.

Since certain ornamental grass seedlings are grown in bunches, they are likely to take out all the water from the soil at a faster pace. That means you have to monitor soil dampness more often.

It’s a good idea to water these seedlings more often and use less water rather than adding too much water and risk killing the grass.

How Do You Know When Your Ornamental Grasses are Sufficiently Watered? 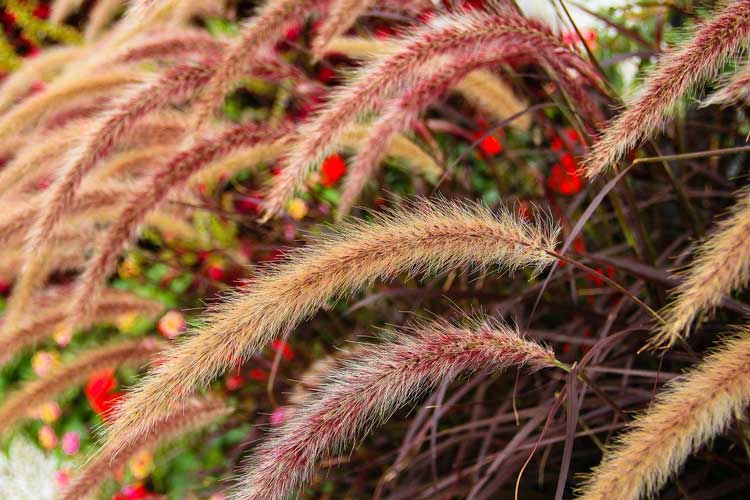 Most of the time, ornamental grasses are sufficiently watered even if you did nothing to water them. Once established, these grasses can just sit there for weeks and just take the moisture they need from rainfall.

Can You Overwater Ornamental Grasses?

Since a lot of ornamental grasses thrive on whatever water Mother Nature provides them with, there is always a slight chance of overwatering. You want to avoid watering during spring, fall, and winter. In summer, only water in periods of drought and intense heat waves.

What are Signs of an Overwatered Ornamental Grasses?

You might not be able to tell ornamental grass is overwatered until it’s too late. That’s because this grass is strong and doesn’t show early visible signs of overwatering. Look for drooping grass blades and changes in leaf color.

How Long Can Ornamental Grasses Go Without Water?

Nobody can tell you exactly you can leave ornamental grasses without water because there are more complicated factors that come into play. If you live somewhere with frequent rainfall, you might not even have to water them at all. What you can remember is that ornamental grass is usually tolerant to drought, so watering it shouldn’t be your main concern.

Should Ornamental Grasses Soil Be Moist?

Once again, this depends on the variety of ornamental grass. Silver hair grass, for example, enjoys being in dry soil and enjoys basking in full sun. On the other hand, you have varieties such as Japanese forest grass or tufted hair grass, both of which prefer moist soil.

Why Is Ornamental Grass Turning Brown/Yellow? 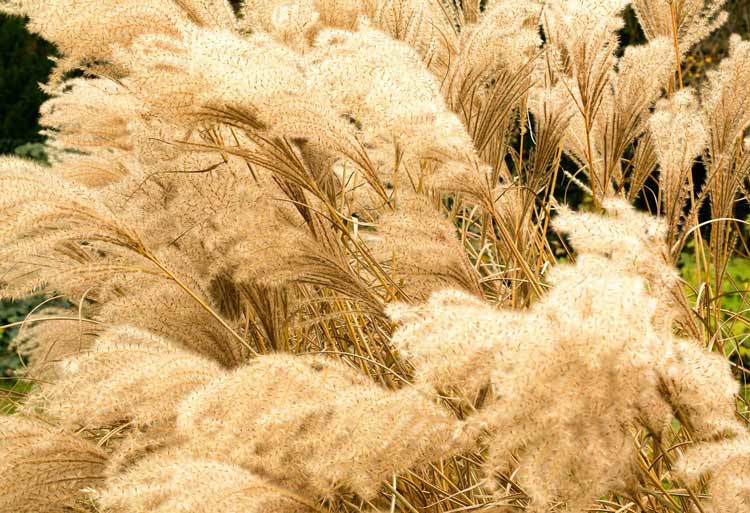 There are plenty of reasons why your ornamental grass may be experiencing a color change. One reason for grass turning yellow is due to pests. Even if bugs don’t usually attack ornamental grass, they can suck the juices from the plant and eventually lead them to look yellow.

Rust is a fungal disease that could also cause yellow blisters on the grass blades. Rust should be discovered early and the diseased grass should be cut off if you want to avoid plant death.

Growing conditions can also influence the color of the grass blade. For example, the grass can turn yellow if it has too much or not enough nutrients.

Why Is My Ornamental Grass Droopy?

The lovely thing about ornamental grasses is how great they are for beginner gardeners. The main issues that arise when caring for these grasses are because people tend to their needs way too often instead of just letting them be.

One of the main reasons why ornamental grass is dropping is because the soil has too much nitrogen. This happens when you fertilize your plant way too much. Just as 10-10-10 fertilizer in the spring and ignore the grass for the rest of the year, fertilizer-wise.

Ornamental grass could also be droopy because it’s grown too big. You might want to divide it once every four years to avoid that. The weight of the grass blade will likely cause the plant to fall over.

Ornamental grasses are pretty low maintenance and that includes the fertilizing aspect as well. They prefer soil with a natural pH but that doesn’t mean they won’t survive in soil with different other pH levels.

The most important thing is to have well-draining soil. If the soil is too compact, it can lead to water retention and not enough oxygen fueling the roots. If the soil has enough organic matter, it can retain moisture without soaking the roots in water.

For ornamental grasses, you want to use either dry fertilizer and sprinkle it around the roots and water it inside the soil or you can use liquid fertilizer and skip watering. For younger plants, consider a simple potting mix or use compost to give the plant some organic matter to feed one.

How Much Sunlight Does Ornamental Grasses Need? 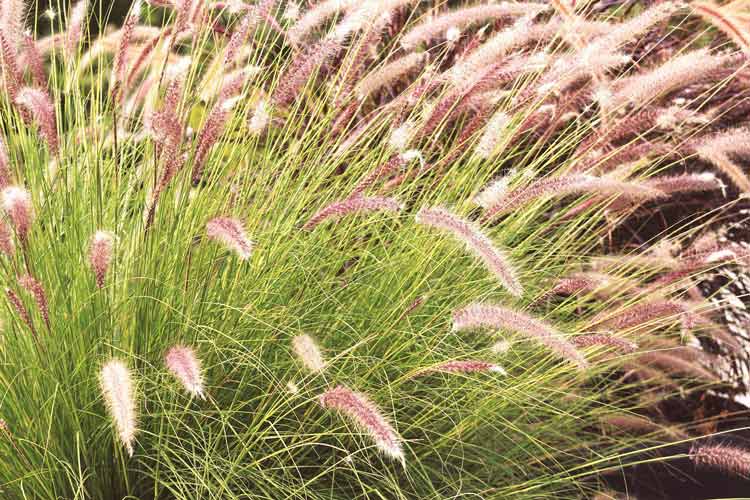 The thing with ornamental grasses is that they are divided into multiple subspecies, so answering this question depends on what types of grasses we’re talking about.

For example, fescue is an ornamental grass that does well in the son. Indiangrass is great if you can plant it in an open sunny meadow. Other ornamental grasses that love to grow in full sun include Tall Maiden grass, Ravenna grass, and fountain grass.

If you want to plant some ornamental grass in part of the yard that is partially shaded, you can opt for varieties such as Japanese forest grass, autumn moor grass, or Liriope.

Will Ornamental Grasses Survive in the Winter?

Depending on the type of ornamental grass we’re talking about, some species are evergreens and can add visual interest to the garden even during the winter. Even if they lose their leaves, these grasses can still make up a beautiful winter landscape, especially when covered with snow.

The rule is pretty simple: as long as you choose an ornamental grass variety that’s hardy to your growing zone, it should be able to survive winter without any issues.

You don’t have to prune ornamental grasses for the cold season before the first frost. It’s better to leave them alone in the fall. Most of them have beautiful autumn foliage that would fit the garden well.

If you want to choose the best ornamental grass for the garden, you have to check what varieties are compatible with your USDA hardiness zone. There are so many ornamental grasses that you have the luxury to choose between species that love full sun or partial shade and varieties that like moist or dry soil.