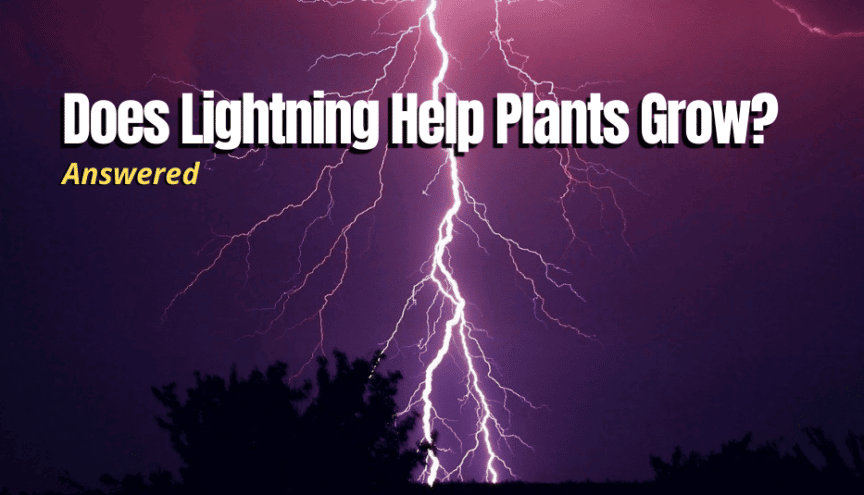 Have you ever wondered why grass and other plants start to look so green after the first Spring storm of the year? What if I told you there was a scientific explanation for this? Despite the fright that thunder and lightning bring to many, it’s actually extremely beneficial to plant life. So, does lightning help plants grow?

The electricity in each bolt of lightning has the power to separate nitrogen atoms in the air. When this happens, those separated atoms are absorbed into the soil. Nitrogen is an incredibly important part of the lifecycle of plants, so those extra nitrogen particles are the most natural fertilizer mother nature has to offer, meaning lightning can help plants grow.

In this article, we’ll go into full detail about when, how, and why lightning is beneficial to plants. We’ll also explain the process that happens once lightning strikes a lawn.

Is Lightning Good for Plants?

Lightning has direct benefits to plants, but there are some indirect consequences they may bring. When it comes to benefits, lightning is a lawn or native pollinator garden’s best friend in terms of nitrogen. With each lightning strike, nitrogen atoms are separated from the air. Now pair that with accompanying rainfall and those free atoms are now being absorbed into the soil below.

With that said, with lightning there is typically thunder and with thunder there is rain and wind. When severe weather strikes, you risk tree limbs falling and any potted plants being forcibly moved from their home on your front porch.

However, the benefits far outweigh the consequences as these consequences can easily be prevented. As long as you either anchor down your potted plants somehow, or bring them inside, you won’t risk losing any part of your landscaping.

What Does Lightning Do to Plants?

When nitrogen is soaked into soil, it essentially acts as a fertilizer. Nitrogen-rich soil produces greener grass and fuller leaves, which then makes your lawn and outdoor garden appear greener and more healthy after a storm.

To protect your plants during a sever thunder and lightning storm, try to keep any conductor away from the area. Metal and other electrical conductors can attract lightning to one specific spot. If that spot is targeted, all of the bolt’s energy focuses there and it can cause charring in that area.

How Much Nitrogen Does Lightning Produce?

In one day, lightning bolts have the capacity to create over 10,000 tons of nitrates. In fact, studies show that lightning strikes the Earth’s surface approximately 100 times per second. In a 24 hour period, this equals out to around 8 million times. These nitrates then fall to the ground and are absorbed into the soil with the help of accompanying rain.

The nitrogen separating process that occurs when a lightning bolt strikes allows those free nitrogen atoms to fall to the Earth’s surface. Because nitrogen is an essential part of sustaining plant life, the result of this process creates a greener and healthier landscape or outdoor garden.

What is the Nitrogen Separating Process?

When it thunderstorms, with lightning, the air that rises and falls during the storm separates the positive and negative electrical charges in a single cloud. When these charges separate, the positive charges will stay towards the top of the cloud while the negative charges go in the opposite direction.

This then creates an electrical field for the lightning to strike through. Once it strikes, the nitrogen in the air is separated from the rest of the atoms present. The nitrogen follow the negative charge toward the Earth’s surface and that leads to the rain helping the soil absorb the fallen nitrogen.

Is Lightning Good for Soil?

Generally speaking, lightning is good for soil because of its release of nitrogen. Lightning is also indirectly beneficial to soil because it usually bring rain right along with it, another vital part of the life cycle of a plant. 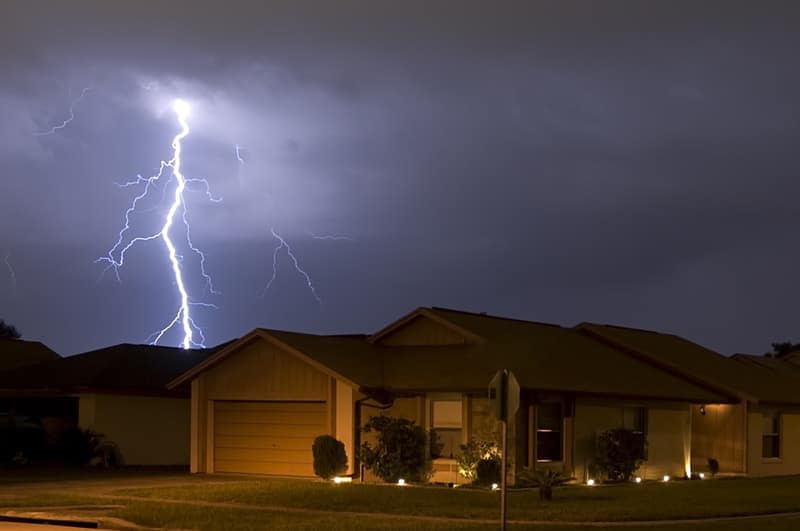 What Happens When Lightning Strikes Plants and Lawns?

Although lightning is extremely beneficial in terms of adding nitrogen to soil, it’s still pretty volatile and can cause damage to plants and lawns in some cases. We know that lightning has the potential to start fires, so with that in mind, it makes sense that a plant’s leaves, stem, or roots can sustain damage after a storm.

Along with that, particularly hot lightning strikes can cause burn marks in grass and fields depending on what is there. With that said, this occurrence is fairly uncommon. You can usually diagnose lightning damage by assessing the following:

The long held belief that lightning will make plants and grass greener is nothing to doubt. Because of the nitrogen-separating process, your lawn receives essential nitrogen atoms that it needs to aid in the growing process.

However, we have also witnessed over the period of human development that lightning is also extremely dangerous. Despite it’s nitrogen-rich personality, it also has the potential to cook your lawn and plants. This, however, is extremely rare and not much to be concerned about.